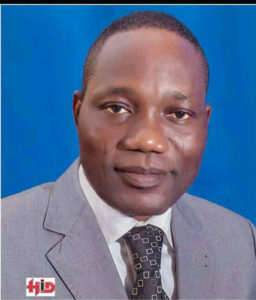 The Executive Chairman of Ojokoro Local Council Development Area (LCDA), Hon Hammed Tijani popularly known as HID in his quest to ensure adequate security in Ojokoro has donated four operation vehicles to Police officers in his terrain and also dashing out over N5million cash to community residents members.

This was done in the light of boosting operations of the security operatives specifically the Police Force in the LCDA which will ease the mobility of police officers for effective community policing.

Also, giving out cash was done on the ground of improving and elevating the good people of Ojokoro from poverty, he fronted this by dashing out N100,000 each to 50 residents of the LCDA

Speaking with our correspondent, Hon. Tijani appreciate Almighty God for keeping him alive, adding that he will forever be committed to the development of Ojokoro LCDA and its people at large.

Also Speaking at the event, the former Special Adviser to the former Governor of Lagos State, Akinwunmi Ambode on Civic Engagement, Hon. Benjamen Olabinjo commended Hon. Tijani for his good work over the years, adding that HID motive of giving out four operational vehicles to Ojokoro Police Force to boost security within his terrain is a commendable one.

Hon. Olabinjo speaking further said the N100,000 given to 50 residents of the communit, aimed at elevating them from poverty is done because the Chairman  loves his people which will also go a long way in playing major role in Hon Tijani’s desire in eradicating poverty in Ojokoro and its environs.

Speaking with our correspondent, one of the beneficiaries of the Chairman’s magnanimity, Mrs Olarewanju acknowledge the crucial impact the cash will play in her life adding that she’s a  has  five children to carter for.

She was optimistic that the N100,000 will further cushion the effect of COVID-19 on the citizens of Ojokoro which will surely take them out from the poverty line. Mrs Olarewanju aims to start a business venture with the fund which she said will go a long way in financing and catering for his children’s education.

Mrs Olarewanju further thanked Hon. Idowu (HID) for the love and caring he has being showing for the less privileged people over the years.