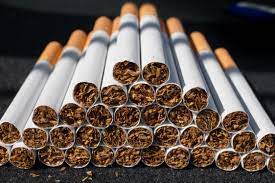 Several cigarette and snuff sellers have opined that manufacturers of tobacco products should be liable for increasing health risks associated with the consumption of their products.

They stopped short of calling for a ban on the sales or manufacturing of tobacco products in the country while exonerating retailers of any blame.

They spoke at Etim Edem Park in Calabar where The Federal Competition and Consumer Protection Commission (FCCPC) carried out inspection and enlightenment exercises on the imperative for tobacco manufacturers to display on their packets graphics of various health risks.

One of the retailers, Mazi Chinedu Okaka, opined: “The enforcers should focus on the tobacco manufacturers to label their products with all the graphics cautioning consumers, not us; I agree that such labels can help, but it is the consumers that will decide eventually.”

He said further: “Even when there are taxes on tobacco products and the resultant high costs of cigarettes, people are still buying. [so] it is not our fault.”

Another retailer in the Bogobiri community, which is largely a Hausa-Fulani settlement in Calabar, Usman Abdullahi said: “Now that they have enlightened us, they should also take this exercise to the dealers and manufacturers. Our own is to sell. The enforcers should talk to the consumers. Or they can even ban tobacco

Government, he suggested, should slam high taxes on the products to discourage consumers.

While in Calabar, the FCCPC vowed to clamp down on tobacco manufacturers who are yet to comply with the directive to advertise graphic signs on their products to caution consumers about the health dangers associated with their products.

The regulatory body also vowed to seize such products from Nigerian markets.

The inspection and enlightenment exercises took the team to local markets at Bogobiri, Etim Edem Parks and Spar Shops among others places.

Chibuike Nwokorie, Programme Officer of Nigeria Tobacco Control Alliance, said: “We have told the retailers of tobacco products such as cigarettes, snuffs and such stuff that subsequent visits to them won’t be friendly.

“Today, we took time to inspect shops to see whether the products comply with the National Tobacco Control Act enacted in 2015 and to enlighten retailers and consumers about the need to have graphic warnings on the products.