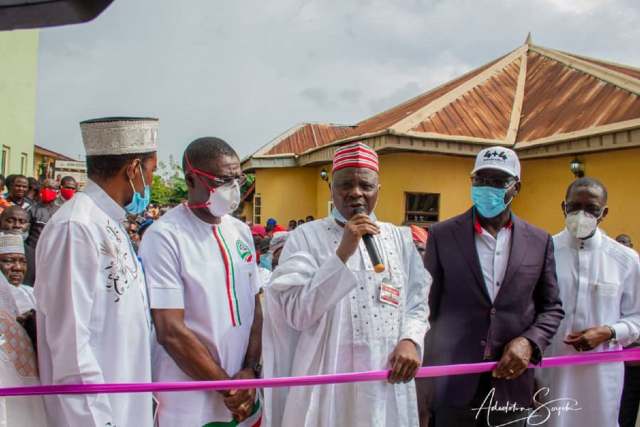 This was contained in a statement jointly signed by its national coordinator Ibrahim Muhammed and Publicity Secretary, Abubakar Mahmoud

“This is to express our appreciation and commendation to His Excellency, Gov. Obaseki of Edo State for building Hajj Camp for Muslims faithful in Edo State,” IHR said in a statement

The statement said “IHR acknowledged the efforts of the Chairman of Edo State Muslim Pilgrims Boards Sheikh Ibrahim Oyarekhua in building a bridge of unity among Edo citizens and the patriotic support of Governor Obaseki in seeing to the completion of the laudable project.

IHR further said, they “admonish Governors from the South-South region to accord the same priority to religious activities of both divide as this will further entrenched unity and bring a sense of unity as demonstrated by Governor Godwin Obaseki.

“As a civil society group with interests in the Hajj and Umrah affairs in the country, we shall continue to encourage and support individuals, groups or public officials that contributed to services or projects that will enhance the welfare of our dear pilgrims.,” IHR said.

“While we commend the efforts of His Excellency, Gov. Godwin Obaseki, we urge other Governors to builds permanent offices and Hajj camps for Muslim Pilgrims Welfare Boards in their various states.

“Before the commissioning of Hajj Camp, Independent Hajj Reporters had earlier written a letter of commendation to Gov. Obaseki for constructing a befitting Hajj Camp; and provides all the needed support to Edo State pilgrims’ board during 2019 hajj exercise.”