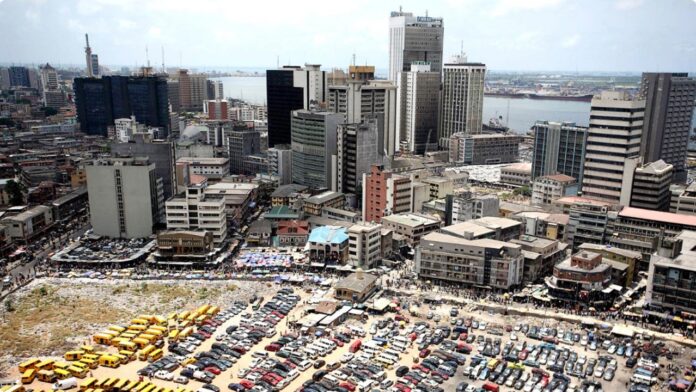 The Obasanjo led administration fought relentlessly for the course of debt cancellation. The then creditors saw the sincerity and the economic plans on ground, and they offered to do something about it. Debt relief was granted and we eventually saw our foreign reserves “swelling.”

In his words, “The multifaceted challenges facing most developing countries have faced a debilitating chokehold on their fiscal space. This equally calls for the need to address the burden of unsustainable external debt by a global commitment to the expansion and extension of the Debt Service Suspension Initiative, DSSI to countries facing fiscal and liquidy challenges as well as outright cancellation for countries facing the most severe challenges.”

For the record, at the start of COVID-19 , owing to the economic recession in 2020, “the World Bank and International Monetary Fund urged the G20 to set up the DSSI. This was done in May 2020 to help countries concentrate their resources on fighting the menace and safeguarding the lives and livelihoods of millions of the most vulnerable people.The initiative suspended $12.9 billion debt service payments owed by participating countries to their creditors.

The World Bank and IMF supported the implementation of the DSSI, by monitoring spending, enhancing public debt transparency, ensuring prudent borrowing. The countries were committed to use freed-up resources to increase social, health, or economic spending in response to the crisis. They pledged to disclose all public sector financial commitments ( involving debt and debt-like instruments). They also committed to limit their non concessional borrowing under the IMF arrangements and the World Bank’s Sustainable Development Finance Policy.”

Going by the stipulated conditions to be met before a country could be considered for debt cancellation, can we really say Nigeria measures up? Are our borrowing prudent? Are the public debts transparent? What are our economic policies? Do they align with those of the world bodies? Is Nigeria, in the real sense of it broke? Are we sure the public funds are not cooling off in the coffers of individuals? Has corruption stopped? The discovery and arrest of corrupt public officers, what is the punishment meted out to them? What has happened to Senator Suleiman Abdu Kwari’s (APC Kaduna North) bill : Bill For An Act To Make  Comprehensive Provisions For Seizure, Confiscation,  Forfeiture, And Management of Properties Reasonably Suspected To Have Been Derived From Unlawful Activities? The huge amount earmarked in the 2023 budget for subsidy, won’t it go a long way in fixing our refineries?

We need foreign investors and expatriates to inject their resources into our economy. What are we doing to encourage them in the face of infrastructural decadence and insecurity?

The Independent Corrupt Practices and other Related Offenses Commission, ICPC has just alleged padding of 2020 and 2021 budgets. No one is asking questions. The commission went on to say that it was its proactiveness that salvaged billions of naira that would have gone into servicing ghost workers between January and June this year. No one cares about those that perpetrated the criminal act.

In all this lopsided system, we are clamouring for debt cancellation. We have taken the world bodies for “father Christmas.”

Economic development is not by accident. It’s a product of frantic steps, putting all the indices into consideration. It’s time to be more serious and be bold enough to take the bull by the horns if Nigeria is to become economically giant.

We have all it takes to be great. We are blessed with resources, human and natural. We can’t continue to be “beggars.” Corruption must be fought to its knees. As a matter of urgency, power sector must be looked into. Our  security agents must be empowered and given free hand to operate in fighting insecurity. It is only then indigenous and foreign businesses can thrive in the country.