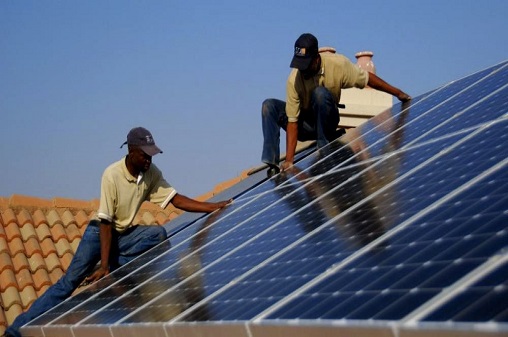 No fewer than 20 graduates in Ilorin have benefitted from a six-month training in electrical, CCTV installations and solar power.

The training, sponsored by The Third Estate, a socio-cultural group, drew beneficiaries from five local government areas of llorin emirate.

Presenting certificates to the beneficiaries on Monday, the president of the group, Alhaji Ahmad Bolaji-Nagode, said the Third Estate embarked on the programme to discourage unemployed graduates from seeking white-collar jobs

Bolaji-Nagode, represented by the Publicity Secretary, Alhaji Yusau Shuaib, said the beneficiaries would contribute to providing alternatives to the epileptic power supply in their communities.

He advised youths in Ilorin emirate to embrace technology as a means to reduce the unemployment rate in the country.

The Third Estate president said technology had proven to be a huge sector with lots of opportunities waiting to be grabbed, advising Nigerian youths to see it as a lucrative career path.

“Technology is the best knowledge the youth needed to tap into and I urged the participants to use knowledge acquired during the training to tackle issues around them,” he said.

Bolaji-Nagode said that the training had become necessary as part of the efforts of the group to complement the Kwara government’s effort at reducing the poverty level and unemployment in the state.

A former Commissioner for Education in the state, Alhaji Raji Muhammed, called on the beneficiaries to make use of what they learned during the six-month intensive training to change their lives for the better.

Muhammed advised them to always allow honesty, perseverance, diligence and good moral conduct be their guiding principles while discharging their duties.

Speaking on behalf of the participants, Malam Saad Bolaji, commended the organisers for the gesture and prayed Allah to bless them more.

He said the knowledge they have acquired had turned them to job creators, rather than job seekers