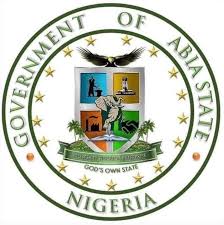 A group of eminent Abia sons and daughters says it has built and equipped a 50-bed isolation centre for the Federal Medical Centre, Umuahia.

The group, Concerned Abia Professionals, in a statement made available to the news men in Umuahia on Friday, stated that the facility had a molecular laboratory.

A member of the Project Implementation Committee and spokesperson of the body, Mrs. Mary Ikoku, stated that the centre, referred to as “Abia Care Centre”, would be inaugurated and donated to FMC on Sunday.

Ikoku stated that the Minister of State for Health, Sen. Adeleke Mamora, would inaugurate and hand over the facility to the FMC management.

Gov. Okezie Ikpeazu of Abia, she added, would be the Chief Host of the event.

The aim of the project is to ensure that Abia citizens get adequate emergency healthcare services in the event of a pandemic.

Ikoku further described the project as the group’s assistance to Abia Government in its fight against the pandemic in a sustainable manner.

“The project is dedicated to all those who have lost their lives during the pandemic,’’ the statement added.

The project initiator, Ngozi Ekeoma and Chairman, Project Implementation Committee, Johnson Chukwu, expressed joy over the completion of the project in record time.

They described the centre as one of the projects lined up by the group to support the growth and development of the state in collaboration with the government for the general good of the people.

Prominent Abia politicians billed to grace the event are the former Gov. Orji Kalu and his deputy, Sen. Enyinnaya Abaribe, Deputy Chief Whip in the House of Representatives, Nkeiruka Onyejeocha among others.

The statement added that a delegation from the Abia-American Health Systems Inc. and Abia State National Association of North America among other Diaspora organisations would be in attendance.