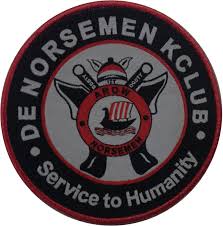 An international humanitarian organisation,  DeNorsemen Kclub International (DNKI),  has called on the Italian Police to adequately investigate the claims of some individuals recently arrested for alleged fraudulent activities in Italy.

A statement by the Publicity Secretary of the organisation, Mr Felix Ike, on Tuesday in Enugu, noted that the activities of the suspects did not reflect the ideals of DNKI.

He called on Nigerians in the Diaspora to engage in acts that would portray Nigeria in good light.

“The advice has become necessary following the activities of some Nigerians abroad as the actions of these few individuals are capable of black-spotting their native country,” he said.

Ike said any person who contravened the law of a nation did so in his personal capacity.

He said that it was unfair for any country to be criminalised due to the activities of its citizens, saying “criminal liability is personal and cannot be transferred.”

It was reported some Nigerians described as a ‘ring gang’ and members of DeNorsemen Kclub were arrested a fortnight ago by the Italian Police.

The Kclub was subsequently labelled by the Italian media as “notorious’’.

Ike said that the Kclub, registered by the Corporate Affairs Commission in Nigeria with registration number (RC 7458), does not encourage crime.

He also said that the Kclub was duly registered in Italy and some other European countries.

Ike said that alleged criminal elements should be treated in their individual capacities instead of using their activities to black-spot a country of good people such as Nigeria.

“Our aims and objectives are universally uniform. We focus on charity to the needy and leverage on the essence of brotherhood amongst members.

“We do not endorse or sponsor crimes,” he said.

According to Ike, the group commends the Italian Police for arresting those individuals and called on them to ensure proper investigation of the alleged crimes.

He said that the Kclub was not unmindful of the activities of some impostors parading as members of the organisation.

He said that such people were engaged in extortion with promises of admitting their victims into an organisation they did not belong to.

“It is in the light of this that we take particular exception to the attempts by the Italian media to associate the activities of criminal elements with our noble Kclub.

“We remain proud of our organisation and will continue to focus on our noble humanitarian efforts in alleviating the plight of the less privileged.

“We will continue to mould fine gentlemen, instilling in them the virtues of good citizenship and the value of hard work,” Ike said.