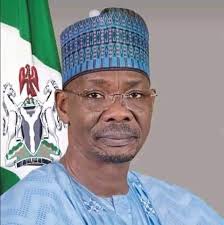 Gov. Abdullahi Sule of Nasarawa State has restated the commitment of his administration to the provision of basic needs to the people of the state.

He made the remark when he played host to Adudu community of Obi Local Government Area of the state at the Government House, Lafia, on Monday.

“I want to re-state my commitment to the development of this state; to fight poverty, unemployment and to boost the standard of living of the people.

“All we are now doing across the state, is to fight poverty, unemployment and other social vices among our people as well as to boost the socio-economic development of the state,” he said.

The governor commended the people of Adudu for their support and urged them to sustain the gesture.

He also called on them to sustain the peaceful coexistence among them as well as work toward resolving issues that could breed disharmony.

He also assured of his administration’s determination to meet the basic needs of the community.

Speaking earlier, the Emir of Adudu, Alhaji Abdullahi Muhammad-Alhassan, who led the delegation, assured of their continued support and loyalty to the Gov. Sule led administration

The emir appealed to the governor to provide some basic needs to his people, such as linking of Keana-Adudu with good road.

The Chairman of Obi Local Government, Mohammed Imoga, in his remarks, commended the governor’s efforts at peace building as well as attaching importance to the speedy development of the state.