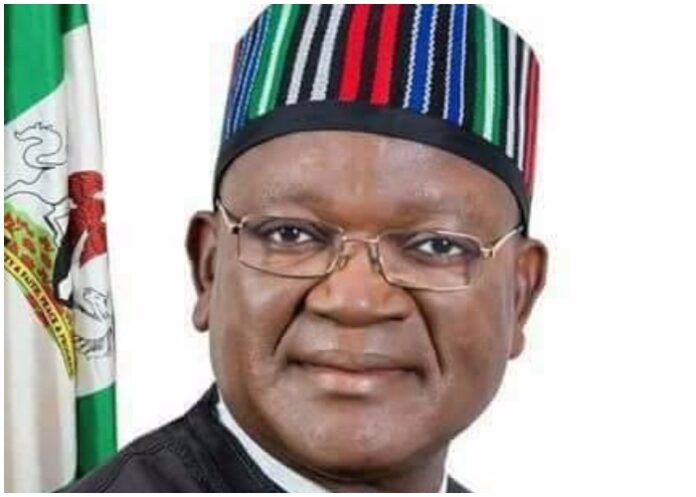 Benue State governor, Samuel Ortom hascommended the Federal Government for the relative peace the people of the state are currently enjoying.

Ortom made this known in Abuja while receiving an award for “Courage in Leadership” presented to him by the Board of the Sun Newspapers.

“We appreciate the Federal Government and the security agencies for supporting Benue and not allowing the land to be overtaken by the herdsmen.

“We are happy that we are enjoying relative peace in Benue today and the Sun has contributed in helping us enjoy this peace today.”

The governor said that in taking up the challenge to protect the people of Benue from the herdsmen, he was not expecting any awards as he was only delivering on his mandate to the people.

He said he was accepting the award because the Sun newspapers had always stood by the people of Benue by projecting the challenges the state was facing.

This, he said, went a long way in drawing the attention of government to the plight of the people of the state.

He dedicated the award to the people of Benue.

Speaking earlier, the Managing Director of the Sun Newspaper, Mr Onuoha Ukeh said that the governor was selected for the award because of the courage he displayed by assenting to the bill to stop open grazing.

“Governor Ortom  was selected for this award based on merit because of his achievements in office in the area of political development, leadership, human capital development among others, in spite of daunting security challenges.

“When he was elected governor in 2015, suspected herdsmen invaded Benue and massacred farmers at will.

“In his determination to prevent it from continuing, he assented to the Open Grazing Prohibition and Ranches Establishment Law of 2017.

“He insisted that ranching remains the global best practice for rearing livestock and ensuring peace between herdsmen and farmers.

“Even when election battles came, he refused to trade in the people of Benue for political ambition.

“It is for this reason and many others that the Board of Sun Newspapers choose him for this award.”

Ukeh said that the Sun Awards was instituted to honour Nigerians , both home and abroad who had made an impact in their different endeavors.

According to him, the Courage in Leadership Award is given to that man or woman who has exhibited courage even in the face of threats to life and thereby given hope for a greater Nigeria.

Our Correspondent reports that two celebrities, Innocent “2baba” Idibia and Zakky Adzer were also present at the event.

They both congratulated the governor and said that the award should spur him to do more for the state.