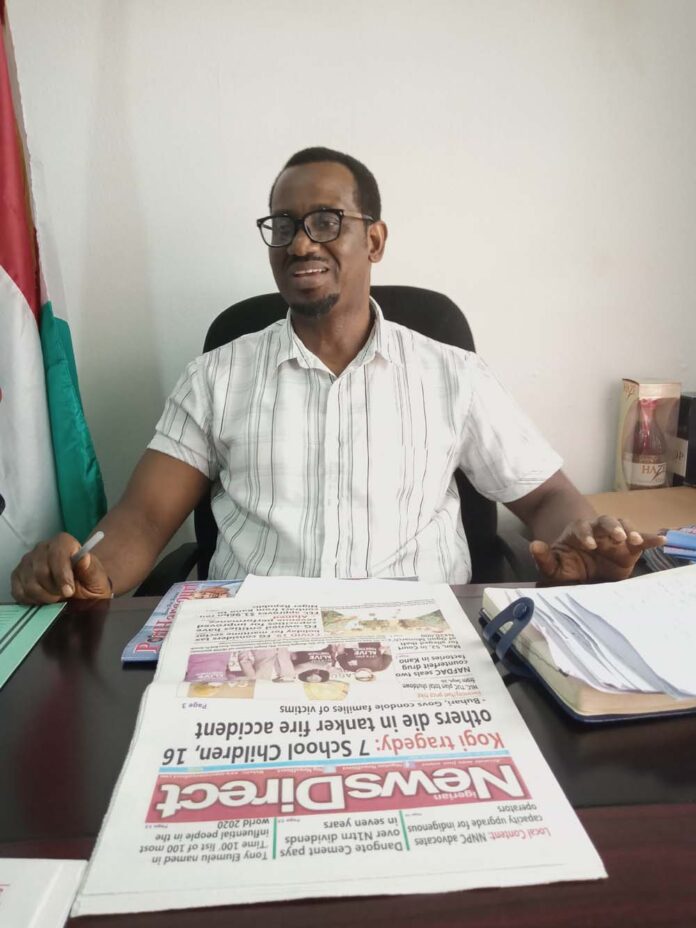 Hon. Tambari Sydney Gbara the Publicity Secretary of the Peoples Democratic Party in Rivers State, former Khana Council Chairman and an astute politician, in this interview with Seun Ibiyemi, Barth Ndubuwah and Ijeh Ekpowaji bares his mind on several issues ranging from the developmental strides of Gov. Nyesom Wike, Edo State governorship election to the forthcoming local government elections in Rivers State, as well as the abandoned monorail project. Excerpts.

Let us look at Rivers State generally in terms of achievements recorded by the current governor of Rivers State, Barr Nyesom Wike. Rivers State was an APC State but now it is PDP…

Let me correct the impression that Rivers State was an APC State. It is not correct. Right from 1999 when Dr. Peter Odili became governor of the State, Rivers State had always been a PDP State. Rotimi Amaechi won the governorship seat as PDP governor.  He only derailed by joining the APC.  So Rivers people only took back the mandate given to him as the then incumbent governor and returned it to PDP where it rightly belongs.   Rivers State has never been an APC State.

In terms of infrastructures, the problem we have is that Rivers people are saying that the number of projects embarked upon by governor Wike are so much. So they are asking the governor to cut down on the number of projects. Don’t forget that other states are crying of lack of projects. Even our neighbour Abia State has been battling with the construction of one flyover for years. But this is a government that is constructing five flyovers at a time. This is unprecedented in the history of any state government in Nigeria.

In the area of education, the government has done very well. A lot of schools have been constructed, remodeled and renovated under this administration. For example the Birabi Memorial Grammar School, Bori in Khana Local Government Area has been reconstructed.  This school has been transformed even with boarding facilities. If you see the school, you’d think it is a university. The same goes to Rumuokwuta Girls School. The governor also reconstructed Community Secondary School, Ubima that was in a dilapidated state, where the Transportation Minister comes from, among others.

In the health sector, the government of Chief (Barr) E.N Wike has also done well. He built the Mother and Child Hospital and rehabilitated several general hospitals across the State.

How about the infrastructural development?

The Rivers State Government is about the only State in Nigeria that is simultaneously constructing five flyover bridges at a time . Such thing has never happened in the history of Nigeria before. Our neighbour Abia  State as I said before has been struggling with the construction of one flyover for several years.

There are insinuations that Gov. Nyesom Wike’s administration has neglected human capital development since its inception in 2015. What is your take on this?

Well it is very difficult to believe that a government that is building five flyovers, plus other projects has not provided employment.  The projects are done by workers who are also Rivers people. So it is not correct to say that a government that has embarked on such magnitude of developmental projects has not done human capital development or provided employment for the people. There are equally plans to engage more teachers and fill the existing vacancies in the State Civil Service by this administration.

In the area of agriculture, there are plans to revive some moribund agricultural projects in the State in this second tenure of the governor’s administration.

There are also speculations that the governor has concentrated all the projects in Port Harcourt and Obio/ Akpor Local Government Areas, thereby neglecting other councils.  What is your reaction to this?

Rivers State is the headquarters of oil and gas in Nigeria and Port Harcourt and Obio/Akpor constitute the centre city of the State. Rivers State houses several Federal Government facilities, as well as multinational companies. The State has an international airport, two sea ports at Port Harcourt and Onne. There is also an Oil and Gas Free Zone in the State, coupled with the two refineries and Indorama/ Eleme Petrochemicals. So a lot of foreign and local visitors throng the state on daily basis. All these  visitors pass through Port Harcourt City Centre, so this informed the resolve of the governor Wike led administration to start its urban renewal programme in Port Harcourt and Obio/Akpor, which will expand to other contiguous local government areas such as Eleme, Okrika, Etche or even Ahoada and Ogba/Egbema/Ndoni, among others. So it is not true that the Wike administration has concentrated development in Port Harcourt and Obio/Akpor at the expense of other local government areas. When other states get maybe  five hundred  to one thousand corps members, Rivers State receives minimum of three thousand corps members annually and the corps members sent to Rivers State do not redeploy. This is also true with the police of others federal agencies  serving in Rivers State. So the idea of the governor on the urban renewal programme is to expand Port Harcourt City Centre to other towns and local government areas as it is in Lagos, where Ogun State has become part of Lagos State.

Just recently Gov. Wike led Gov Godwin Obaseki to a successful gubernatorial election in Edo State. How do you describe this feat?

The feat achieved by governor Wike in Edo State did not come to us as a surprise. If you know governor Wike, you should understand that he is political strategist. We know what he can do. This is a man that unsat  an incumbent governor, in the person of Rotimi Amaechi in 2015. You know what it means to remove a sitting governor from office. Wike is a strategist, he approaches elections even before they come.

What is this government doing  to ensure the completion of the monorail project left by the previous administration?

Monorail project is a colossal economic loss to Rivers State. So no right thinking person or government  would want to go into it. There are  places you go to and mention monorail, they will stone you.

What happens to the structure?

Well it can probably serve as a monument, which will be shown to our children to explain what economic waste is and maybe it could be tagged, ‘Rotimi Amaechi’s Monument.’

Still on employment, a  lot of Rivers youths are unemployed.  What is this government doing to address the problem?

Well, unemployment is now a global problem and Rivers State has its own fair share.  The government is trying its best to create employment. The State government has planned to revamp some agricultural projects in the State, it also plans to employ some teachers to beef up the teaching strength in our schools. There are plans equally to fill the existing vacant positions in the State Civil Service. All these programmes will come up in this second tenure of the Governor Wike’s administration.

The Local Government election in the State is by the corner and there are pockets of endorsements here and there. Is it a deliberate policy of the PDP to endorse aspirants before the election?

Endorsement does not guarantee victory in any election, what earns one victory is the  number of lawful votes cast in your favour by delegates.  There is nothing anybody can do about endorsement, it is just part of the shows that characterize elections. So  it is not  a policy of PDP to endorse people  before elections.  Even if you attempt to stop it, one or two people will gather at a beer parlour  and endorse their friends, so it is part of political theatricsof elections.

Nigeria LNG has paid about $18bn as dividends to FG —Attah

Confidence of stakeholders in the lottery business is now very high — DG, NLRC