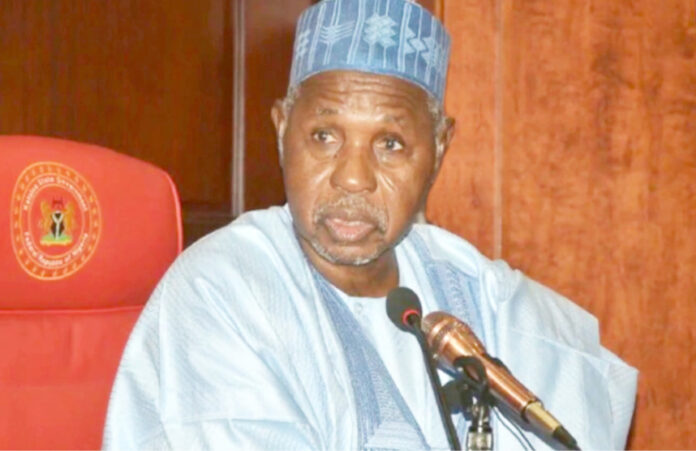 The Governor of Katsina State, Governor Aminu Masari has urged the Federal Government of Nigeria to support pilgrimage and religious activities in the country.

He said this when members of the Nigeria Christian Pilgrim Commission (NCPC) paid him a courtesy visit in Katsina, a statement by Mrs Mary Gana, Public Relations Officer, NCPC, said.

Masari explained that Nigeria is a religious country and as such the National Hajj Commission and the Nigeria Christian Pilgrim Commission should be supported to achieve their mandates and run their programmes.

“It is better for the Federal Government to help control and regulate pilgrimage activities to ensure that the image of the country is portrayed in a good light.”

The Governor also said that every Nigeria citizen had the right to consular services once they were out of the shores of the country.

He added that Medical and security services should be provided for every citizen who was performing Muslims and Christian Pilgrimage to the Holy Lands.

Masari commended the Hajj Commission and NCPC on how they were able to institutionalise both organisations over the years.

“The Hajj Commission and NCPC were initiated by the House of Representatives, then the Senate agreed, and it finally got the approval of the President.

“Over the years both Commissions have expanded and are doing well.

He promised to support Christian pilgrimage and to ensure that every citizen was given their rights in the State.

“I will do everything humanly possible to see that NCPC succeeds.”

He appealed to religious Leaders in the country to preach against strife and competition.

According to him, religion is about doing what is right and what God says.

“We should focus on doing what is right rather than competing,” he added.

Speaking earlier, the Executive Secretary of NCPC, Rev. Yakubu Pam, commended the Governor for the inter-faith harmony existing in the State between Christians and Muslims which is worthy of emulation in the North.

Pam thanked him for his support to the Commission and Christians in the State.

According to him, “I want to thank you for not showing differences and for fulfilling your promise in building the CAN Secretariat.

He commended his inclusive leadership of carrying everyone along from the grassroots to the top.

“Continue the good work so that those who have not known the dividends of good governance and leadership will learn and test it in your administration.”

He explained that the insecurity situation in the country had brought development backwards especially in the Northern States.

“Watching you from afar, I discovered that God has given you the wisdom to manage the situation in Katsina State.

“We are proud of you and we believe that other states will learn from you.

“The days of Katsina State to rise up and shine will soon be here and we will all enjoy the dividends of democracy,” he said.