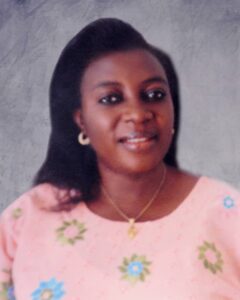 Gov. Simon Lalong of Plateau has condoled the former Secretary to the State Government, Mr Ezekiel Gomos, over the death of his wife, Mrs Hauwa Gomos.

In a statement by his Director of Press and Public Affairs, Dr Makut Macham, on Wednesday in Jos, Lalong said he was distressed by the demise of Mrs Gomos.

Lalong said she succumbed when she was most needed by her family and the society.

He noted that the deceased contributed immensely to the development of Plateau and Nigeria during her career as a teacher and later as a land surveyor.

The deceased worked with the Federal Department of Surveys before resigning to go into private business.

The governor condoled her husband and other family members, urging them to be strong and to take solace that the late Mrs Gomos lived a productive life and served with love and humility.

Lalong also prayed to God to grant her eternal rest and comfort the family.

LG hosts tech leaders in virtual “future talk” on the value of open innovation in a new...