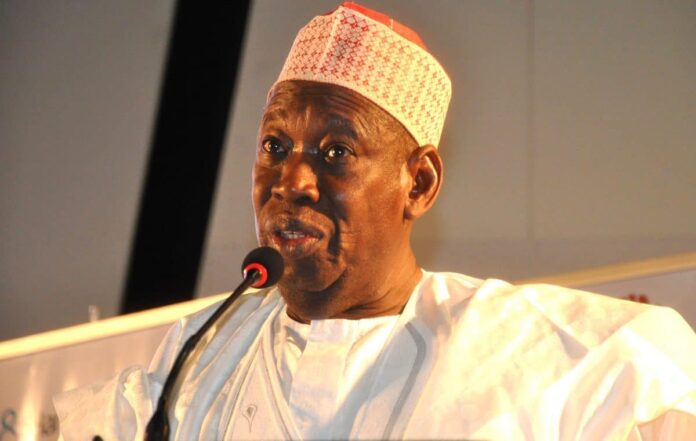 Gov. Abdullahi Ganduje of Kano State has inaugurated All Progressives Congress (APC) Caretaker Committees to run the affairs of the party at the 44 Local Government Areas (LGAs ) of the state, pending the election of new executives.

Speaking at the ceremony on Tuesday in Kano, Ganduje tasked members of the committees to mobilise support for the party in the Jan. 16, local government councils poll in the state

While congratulating them for their appointment, he also urged them to work in peace and harmony in a bid to move the party forward.

Also speaking, Mr Abdullahi Abbas, Chairman of the state caretaker committee, commended Ganduje for the trust reposed on them for the appointment.

He also commended the governor for diligently steering the affairs of the party in the state, especially in carrying along all party members.

“The governor has lots of respect for the APC and all its members in the state, that is why the party is waxing stronger and stronger in the state,” he said.

Abbas pledged to work towards victory of the party in all the 44 LGAs of the state in the Jan.16 local government councils poll.