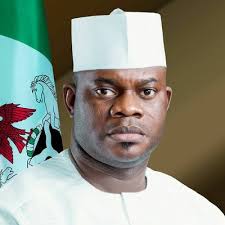 It was reported that the school is to ensure an integrated programme of memorisation of the Quran to be mainstreamed into the curriculum of primary schools.

Bello said that the school  will also integrate Quranic and Western Education under one roof, as part of efforts to by government to eliminate street begging.

“As a government, we are disturbed by the number of Almajiris and beggars on the streets, of children between the ages of four to 10 years.

“They are exposed to various kinds of abuses, hunger, diseases. They are deprived of parental guidance which is the foundation of our problems in Nigeria.

“This school is to discourage parents from sending their wards away to learn, as these children can now be enrolled in the school under the guardians of their parents, “ he said.

He advised parents to take advantage of the school to enroll their children to learn both Quranic and western education, rather than sending them far away to other states.

The governor also directed that all primary schools under the Universal Basic Education (SUBEB), should include religious studies into their curriculum so as to inculcate good moral and discipline in children.

Earlier, Hajiya Hannatu Salihu, the state Commissioner for Education, described the school as the state government’s efforts in ensuring that children had access to quality Quranic and western education.

She said the state government was committed to working with all different stakeholders to deliver functional education for children.

He said plans were on to set up eight IQE centres  in each Emirate which would commence immediately a soon schools were reopened.

According to him, the Board will soon conduct competency test for teachers that will be employed so as to ensure efficiency, quality teaching and learning.

FG approves use of Hijab for female students