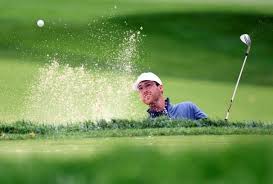 The rush that comes with a first-time appearance at the Masters remains sweet in spite of the COVID-19 pandemic altering just about everything about the major championship this year, players said on Monday.

Amateur Andy Ogletree said he would savour the experience even in the absence of fans from the tournament, which was moved from April to November because of the pandemic and starts on Thursday.“It’s obviously been a crazy time,” The 22-year-old American told reporters on Monday.

“I’m not going to take this week for granted.”

To maintain social distancing, the tradition of amateurs like Ogletree staying at the famed Crow’s Nest in Augusta National’s clubhouse has been altered, with the player’s taking turns.

“I am going to stay on Wednesday night after the amateur dinner,” he said.

“I’ll stay up there before the first round, and if it’s open another night, I might try to stay there again.”

Ogletree, who won the 2019 U.S. Amateur Championship, is aiming to become the first amateur to win the tournament.

“It’s more of a dream come true than playing in any other tournament,” the 21-year-old said.

“It’s the one tournament that as a kid, you always know exactly when it is, you watch every single shot that you can, and it’s kind of the Mecca of golf.

“To be here in my first Masters is unbelievable.”

Wolff has shown he can compete on the sport’s biggest stages, coming in second at this year’s U.S. Open and tied for fourth at the PGA Championship to quickly make a name for himself.

He said being at the tournament has already exceeded his high expectations.

“It’s an unbelievable place,” he said.

“You don’t know what it’s like until you’re here. It’s pretty awesome.”