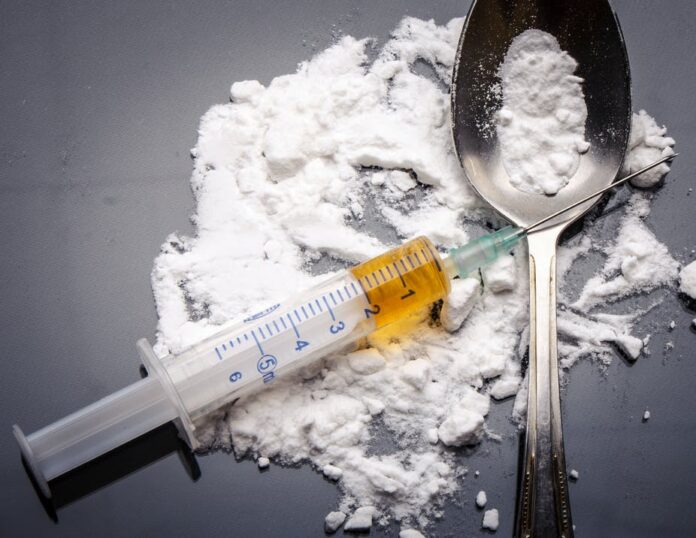 Looking for plausible solutions to the clusters of challenges ravaging Nigeria has become an expansive search in recent times. The abundance  of menaces manifesting in numerous dimensions rip the fabric of the Nigerian society, off setting its noble course. The rifeness of crimes in recent times are too much of a threat to an already weakened society. The anxieties and disturbances arising from the uncertainties of crimes have further thrown the Country into deep confusion. While the sources of this rifeness in crime and their attendant effects have been linked to a number of factors, it remains clear that there are some of these instigators of crimes that are visibly apparent. One key causation among these, is the proliferation and abuse of hard drugs in recent time. It remains insightful that tackling this menace is a high call of prudence as the Government continues to mull possible efforts to address the challenge of high profile criminal tendencies in the Country.

Recently, on Wednesday, the National Drug Law Enforcement Agency (NDLEA), Nnamdi Azikwe International Airport, Special Area Command, intercepted 1.6 kilogramme of controlled drugs suspected to be Tramadol and Flunitrazepam. The Head of Public Affairs, NDLEA, Mr. Jonah Achema, who disclosed this in a statement on Wednesday in Abuja, said that the drug movement, barely a few days after the resumption of international flights, was an unusual drug trafficking trend. According to him, the command made the seizure from one Mr. Michael Chukwuka, during the outward clearance of passengers boarding the Turkish Airlines flight to Istanbul, Turkey.  The statement narrated in part: “The seizures are made up of 1.250 kilograms of Tramadol and 350 grams of flunitrazepam and were concealed in two Ghana-must-go bags. The Tramadol is in 200, 225, and 250 milligrams, respectively. These are above the 100-milligram threshold permissible for legitimate use and anything above is illegal. Chukwuka, aged 36 and an indigene of Imo State claimed to be ignorant of the content of the bag. And that he was given the bags at the Airport entrance in Abuja to deliver to a Nigerian woman who deals in foodstuff in Istanbul. He said he did not know the woman but one Mr Paul, her husband in Warri, gave the consignment to one man to bring to him at the airport.”

According to the Commander, NDLEA, Nnamdi Azikwe International Airport, Mr. Kabir Taskuwa, the fact that the arrest and seizure was coming less than a week after the resumption of international flights at Abuja International Airport was a clear indication that the drug traffickers were desperate, stating that “most importantly, we need to be extra-vigilant because smuggling Tramadol to Turkey was strange. This is suggesting that there is an emerging tramadol market in some of these countries.”

Recall that recently the Pharmacists Council of Nigeria (PCN), had urged Nigerian youths to desist from drug abuse for the good of fulfilling their potentials as well as  to propel national development. The Registrar of the Council,  Dr. Elijah Mohammed, made the call at the advocacy workshop on “Say No To Illicit Drugs” held in Bayelsa. On the platform of the workshop, the Registrar noted that every nation’s workforce consisted predominantly of both the young people in their prime and the middle aged. According to him, the contributions of these groups to national development cannot be over-emphasised in view of the various inputs that they contribute to a nation’s Gross Domestic Product (GDP). According to him, the Drug Use in Nigeria Survey report released in January 2019 as the first ever comprehensive, nation-wide, survey examined the extent and patterns of drug use in the country. Based on the report, the drug use prevalence in Nigeria is 14.4 per cent, equating 14.3 million people between the ages of 15 to 64 years.

He was quoted: “It is, also a known fact that controlled medicines such as narcotic drugs have two different potential: The potential to be used for medical and scientific purposes and also to be diverted to illicit channels for trafficking and abuse, which in effect could jeopardise the wellbeing of the populace. Curiosity and peer pressure are major reasons people, especially school children and young adults, embark on non-medical drug use. This is comparatively higher when compared to global prevalence rate of 5.5 per cent as per World Drug Report 2019. The highest used drug in Nigeria is cannabis (10.6 million) followed by opioids (4.6 million), while non-medical use of prescription opioids and cough syrups is (2.4 million).”

The rate of the trade in hard drugs in recent times is highly troubling. The nerve of such troubles lie in the multi-sectoral effects that such trend portend to the society at large. The abuse of hard drugs, based on experience, has been known to be a stimulant to proliferation of criminal tendencies. Findings and observations over time have reflected a relative nexus between the abuse of hard drugs and the perpetration of criminalities. The connectivity is a clear indication that increasing use  of hard drugs is tantamount to geometric rise in criminal behaviours. The prevailing fact of this assertion finds expression in the prevailing situation in the Country. It is therefore an underlining fact that one of the factors responsible for the proliferation of criminal behaviours in recent times, is the prevailing rifeness in the usage of hard drugs most recently.

The call to be strategic in the fight towards tackling the menace of overarching criminalities is a fact that cannot be over-emphasized. While the government has been making its efforts to tackle the manifestations of crimes on their numerous variations, it is therefore important that the Government adopt strategically proactive measures. In this limelight, initiating a heavy campaign operations against the trade, movement and usage of hard drugs is key. In as much as the abuse of hard drugs has been found to be an enabler of crime, it is a prudent step for the Government to block all channels of its proliferation. The need to launch well calculated public enlightenment campaigns is highly essential, just as the need for security enforcement against the movement, sale and transactions of hard drugs cannot be over-emphasized.

It is essential for the Government to set up a special Task-Force led by the NDLEA with the support of other security operatives for a forceful clampdown against transactions of hard drugs. Including other bodies such as the National Food and Drug Administration Control (NAFDAC), will serve plausible advantage in the operations of such broadband Task-Force. It is apparent that the socio-economic and political effects of increasing proliferation of crime across the Country is troubling.

The need to ensure the full implementation of the National Drug Distribution Guidelines (NDDG) is important. Since the objective of the NDDG was to streamline and sanitise drug distribution channels with a view to reducing non-medical access to medicines of abuse, its full implementation is a step in the right direction. This is significant to ensure the closure of all open drug markets and relocation of operators of the markets to the already approved Coordinated Wholesale Centres (CWCs).

The prevailing anxieties and fear of the unknown is a bad omen to the economy, given the threats that increasing criminalities pose to human lives, businesses, properties, and governance, among other facets of the society. To address the prevailing challenges in the Country demand that crime be reduced to the least minimum. This is essential to off-set the clusters of strains ravaging the Country, which is important to set the pace for upward development.

Cyber Crime: Time to seal an end to a mischievous wild fire