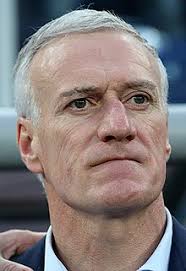 France coach Didier Deschamps is hoping to count on the return of several injured players when the world champions travel to Portugal in the UEFA Nations League on Saturday.

“It’s going in the right direction,” Deschamps was quoted as saying by French sports daily L’Equipe on Thursday after Finland ended their 12-match unbeaten streak.

Deschamps added, however, that he was “not sure of anything” concerning Mbappe and Pavard, who were out of the Finland game with a thigh problem and an ankle injury, respectively.

They will then face bottom side Sweden, who has lost all of their four games, at the Stade de France on Tuesday.