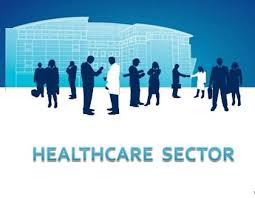 Reservations over the health sector in Nigeria has consistently been on the ringing horn of horror, tingling the ear with narratives of deficiencies left unattended to over decades. Treating the demands and outcry over Nigeria’s wobbling health sector with disdain has grown to the bane of resentment that has left health practitioners to the fate of losing confidence in any prospect from the government, just as seasoned professionals continue to flee the Country for better opportunities in foreign lands, where their career holds better chance of forward strides.

Last week, the Nigerian Medical Association (NMA) made a stunning disclosure that only 350 Psychiatrists who specialise in mental health are currently serving the over 200 million Nigeria people. The Chairman of NMA, Kwara State Chapter, Prof. Baba Issa, who at the event to commemorate the 2020 World Mental Health Day, lamented the State of the health sector in Nigeria, noted that mental health has been a leading cause of disabilities and deaths due to suicide in Nigeria emphatically. Describing health as a state of complete physical, mental, and social well-being and not the absence of disease or infirmity,  he pointed out  that health is not complete without mental health. The Psychiatry Expert stated that anxiety, depression, psychotic disorders, and substance use disorders are very common in the Nigerian society.  Speaking in relation to this year’s theme titled: “Mental Health for all: Greater investment, greater access,” the Health Expert said: “There are fewer specialists, less support and the stigma against it is the highest amongst all health conditions. In Kwara State, there are about 12 Psychiatrists with all of them practising in the state capital, Ilorin. The incidences of substance; drug use disorders such as cannabis, alcohol, sedatives, opioids, hallucinogens, among others went up tremendously globally and in Nigeria to an alarming rate to get everybody talking, yet special attention has not been paid to mental health. The entire Kwara North currently does not have a single mental health care Doctor, whether in private or public.

“As a psychiatrist, myself; there are some other things that we (NMA) will like to discuss with the government as soon as we are able to do so that will help in strengthening mental health.”

Lamentations of the poor funding and inadequate man-power in Nigeria’s health sector have been a reverberating outcry. The narrative in the workings of the Psychiatry subsector is more of a worsened account. A situation where only about 350 Psychiatrists are available in a Country of over 200 million population is a force of sober reflection. The condition shows nothing but a heightened level of government insensitivity to the mental health of the population it is governing.  The recent commemoration of the World Mental Health Day was awashed with lamentations of the wobble state of psychiatric services in the Country.

Nigeria is largely on the losing end amidst gross tactlessness to the essence of having a sound healthy population. While Nigeria boasts of a population strength of over 200 million, it is lamentable that the irrational posture of successive governments has left a state of affair where the population potentials which should have been of utmost advantage to resourceful development, has been subjected to debilitating conditions, posing them more as burdens than opportunities. The debilitation of human capital across the Federation remains a waving force of imbalances hostile to development. Where sizeable per cent of a population are living under unstable health challenges, the linkage effects of these deficiencies brew networks of socio-economic and political effects, among other touching problems, which are grossly inimical to growth and development.

The call of necessity to place stronger attention to the health sector as a vital institution of the Federation is more alarming than ever, with emphatic stress on mental health in this regard. It remains laughable that not up to 400 psychiatrists are available to oversee a whooping over 200 million population. It is practically indicative that successive administrations have been grossly irrational to grow institutions in the Federation to meet up with growing realities in the Country. It is apparent that Nigeria’s population has geometrically enlarged out of thought, while the government slept and keeps sleeping.

The increasing clusters of realities that come with a growing population are manifesting by all means and from all quarters. Rising cases of anxiety, depression, psychotic disorders, and more disturbing, substance use disorders are manifesting out of control. These are clear offshoots of a geometrically growing population, which a Government in a sane clime grow and pitch along to strategically address capably. The inefficiency of the Government in managing these manifestations is grossly lamentable.

The dangers that lie in a population debilitated by stress, anxiety, mental disorder and other psychological challenges, is anti-productive to the socio-economic and political development that Nigeria is direly in need of. The need to lay the foundation of addressing pressing health demands of the Nigerian population is a matter of dire necessity, which is germane to any perceived meaningful development for the Country. It is important for the Government to enlarge the chain of investments to boost the workings of the health sector in Nigeria.