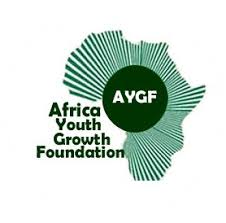 Africa Youth Growth Foundation (AYGF) on Monday carried out a migration information and communication campaign to create more awareness on the dangers associated with irregular migration.

Dr Arome Salifu the Executive Director, AYGF, at a news conference in Abuja said that the campaign would mobilise and educate the minds of Nigerians, especially the youth, women and girls on safe migration.

Salifu, noted that the campaign would reduce incidences of trafficking in persons and smuggling of migrants to Europe and deaths on the Mediterranean Sea and Sahara Desert.

“I will as well as reduction in the number of victims, slave camps and forced labour at countries of origin, transit and destination,” he said.

According to him, the Migration Information and Communication Campaign Project is one designed primarily to contribute to reduction in the incidences of irregular migration and human trafficking in Nigeria.

“The project also seeks to deliver improved awareness and higher level of understanding on dangers and implications of irregular migration and human trafficking in the country, particularly the target locations (Edo and FCT).

“The project will equally help to reduce ignorance and myth around migration to Europe and other western destinations through strategic and aggressive advocacy and innovative media engagements.

“Immigration is not a crime, just do it the right way for your own safety and dignity,” he said.

He, however, listed the dangers associated with irregular migration to include death in the Mediterranean Sea, organ harvesting, slavery or imprisonment, forced labour, deportation, health risks, low salaries and trafficking, among others.

“Nigeria is a source, transit and destination country when it comes to human trafficking. The latest Global Slavery Index (2018) Report, Nigeria ranks 32/167 of the countries with the highest number of slaves.

“The National Agency for the Prohibition of Trafficking in Persons (NAPTIP) also reports that the average age of trafficked children in Nigeria is 15,” he observed.

He said that was why the group primarily targeted at young people between ages 12 years and 35 yeras to educate them on the negative effect of irregular migration.

“However, there are secondary targets such as the traditional, religious, political, women and youth groups, organisations and their leaders,” he said.

He further noted that the success of the awareness campaign would be determined by the collective efforts of all the stakeholders.

He, therefore, called on all the relevant stakeholders to support the campaign to end irregular migration and human trafficking in the country.

Earlier, Dame Julie Okah-Donli, Director-General, NAPTIP, commended the group for such great initiative, observing that the campaign would help in reducing human trafficking in the country.

Represented by Mr Olubiyi Olusayo, Director Training of the Office, she said that the initiative was one of the ways to complement the efforts of the agency in fighting human trafficking.

She, however, stressed the need for stakeholders to collaborate with relevant authorities to rid off the country the menace while encouraging the youth to utilise the numerous opportunities in the country to better their lives.

It was reported that the Migration Information and Communication Campaign was organised by Africa Youth Growth Foundation with the support of Federal Republic of Germany Foreign Office.

Coalition donates 30,541 bags of rice, other food items to FCTA