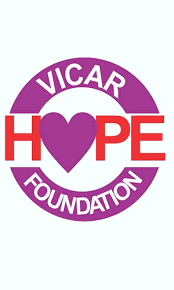 The Vicar Hope Foundation, a pet project of the Wife of Abia Governor, Mrs Nkechi Ikpeazu, has sought the partnership of UNESCO in ending school-based gender violence in the state.

The foundation’s Programme Manager, Mr Raymond Ukwa, disclosed this at an ongoing training of education stakeholders in Umuahia on Wednesday.

The training was organised by UNESCO and its implementation partner, Hope for Community Child Initiative (H4CC) to develop a protocol for preventing, mitigating, and reporting School Related Gender-Based Violence (SRGBV).

Ukwa, however, thanked UNESCO and H4CC for implementing the UNESCO’s Our Rights, Our Lives, Our Future (UNESCO_O3) Programme in Abia.

He noted that the project was crucial in ending gender-based violence in schools.

According to him, the UNESCO_O3 programme provides the needed platform to engage relevant stakeholders in the education sector toward making the school environment safe for learners.

“Mrs Ikpeazu is very committed to ending sexual and gender-based violence in the state.

“This, she is doing through her pet project, the Vicar Hope Foundation that is impacting on the lives of the physically challenged, vulnerable persons, women, teenagers, children and the aged.

“The UNESCO_O3 programme is, therefore, a good initiative and presents a viable platform for collaboration to rid school’s environment of gender-based violence by ensuring that learners are safe while in school.’’

Ukwa said that the collaboration would not only prevent SRGBV but ensure that related cases were adequately reported for appropriate action.

He said that the partnership would build a strong eco-system that would foster the needed change in Abia communities, which in the long would ensure safe places for learners in school.

The Executive Director, H4CC, Hadiza Umar, explained that the UNESCO_O3 programme was being implemented in partnership with the Swedish Government and the Federal Ministry of Education.

Umar said that the protocol for preventing, mitigating, and reporting SRGBV was being developed in nine states.

Umar explained that the UNESCO_O3 programme aims to make the schools and community environment safer, healthier, and inclusive for all young people.