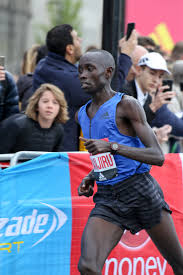 Daniel Wanjiru, the 2017 London Marathon winner, has been banned for four years due to an Athlete Biological Passport (ABP) violation, the sport’s independent Athletics Integrity Unit (AIU) said on Thursday.

The Kenyan, who has denied any wrongdoing, was provisionally suspended in April.

His ban was backdated to Dec. 9, 2019 and all of the 28-year-old’s results since March 9 last year have been disqualified, the AIU said in a statement.

He has 30 days to appeal the decision to the Court of Arbitration for Sport (CAS).

ABPs are used to monitor selected biological variables over time that indirectly reveals the effects of doping rather than attempting to detect the substance or method itself.

The AIU said the anomalies in Wanjiru’s ABP went “far beyond any physiological possible adjustment”.

Nigeria will burn if you use force on #EndSARS protesters —CNPP warns Police, Army