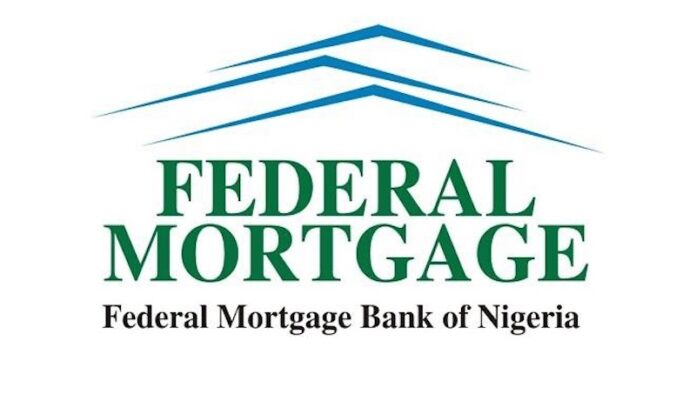 In continuation of its drive to boost access to affordable housing by Nigerians, the Federal Mortgage Bank of Nigeria (FMBN) has approved the sum of N491.3m to finance the Brekete Family Smart City Housing Project located in Gurku, Nasarawa State.

The Managing Director/Chief Executive Officer of FMBN, Arc. Ahmed Musa Dangiwa made the announcement while speaking at the foundation laying ceremony of the project on Wednesday, 25th November in Gurku, Nasarawa State.

The Brekete Family Smart City sitting on 600 hectares of land is primarily based on the concept of Sites and Services which has now been expanded to integrate the option of Cooperative Housing Development Scheme financed by the FMBN.

The integrated neighborhood concept adopted for the project is aimed at enhancing vertical and horizontal human networking in a manner that effectively supports sociocultural and socioeconomic integration.

Speaking at the event, Arc. Dangiwa said that the Brekete Family Smart City would deliver 70 units of houses financed by the bank through its Cooperative Housing Development Loan window.

He said the approval of this loan to the Brekete Family housing cooperative platform Watershed Credit and Thrift Cooperative Society Limited and the foundation laying ceremony that was witnessed on Wednesday, is an indication of the Bank’s genuine desire to continue to empower ordinary Nigerians in the area of home ownership through affordable mortgage financing.

He described the project as a landmark achievement, not only for the direct beneficiaries, but for Nigeria as a whole given the country’s difficult journey towards addressing the nation’s housing shortage.

He said, “It is therefore a thing of joy for us at FMBN to be associated with today’s event and the Brekete Family as a whole.

“I also have no doubt that this will be the beginning of a mutually rewarding partnership between FMBN and the Brekete Family. It is therefore my hope that the project will be delivered timely to positively enhance this collaboration.

“The beauty of this arrangement is what we are seeing today, FMBN is empowering the Brekete Family on two sides.

“We are financing the construction of this project to the tune of N491.3m and once the houses are built, FMBN will also provide mortgage loans through selected Primary Mortgage Banks at six percent interest rate to members of the Family who are contributors to the National Housing Fund to enable them purchase the houses and repay over a maximum period of 30 years.

“This is what the FMBN has been doing for Nigerians in living up to its slogan that ‘Everyone Deserves a Home.”

Dangiwa commended the Nasarawa State Government for supporting the Brekete Family on this project as well as the tremendous support the Bank has continued to receive from the Government.

He recalled how the Bank recently delivered 100 housing units under the FMBN/NLC/TUC/NECA collaborative project at Kwandare near Lafia in Nasarawa State, adding that FMBN is also currently financing the construction of an estate for the Dalhatu Araf Specialist Hospital Staff Multipurpose Cooperative Society in Lafia.

All these, he noted, is in addition to various projects financed by the Bank across different parts of the State, including Karu, Keffi and Lafia the State Capital.

He added, “Your Excellency, we appreciate your support and look forward to more of such collaborative endeavours with the State Government.”

In terms of providing Nigerians with decent houses, he said at the FMBN, the management of the Bank had committed themselves to ensuring that Nigerians have access to decent and secure accommodation through affordable mortgage financing, especially ordinary Nigerians who have limited opportunities and access to products in the Nigerian financial services sector.

He added, “One major platform we are using to drive home ownership in Nigeria today is the cooperative society through which the Bank finances housing development and provides mortgages for Nigerians both in the formal and informal sectors.

In ameliorating the plight of Nigerians further in the quest for mortgage financing, he explained that the bank has also enhanced its mortgage affordability level by eliminating the need for down payment (equity) for mortgage loans of N5m and below and a reduction to 10 per cent flat rate for loans above N5m to N15m from the initial 20 per cent and 30 per cent.

“Our National Housing Fund mortgage loans, granted at six per cent, is the lowest in the country. We have also developed other products and schemes in our efforts at exploring and expanding all angles to facilitate mortgage lending and homeownership to Nigerians, particularly low-income earners.

In order to boost housing delivery, he appealed to the Federal Government to recapitalize the Bank to the tune of N500bn as recommended by the National Council on Lands, Housing and Urban Development in 2017 and 2018 to boost the capacity of the Bank to deliver more.

However, notwithstanding the challenges, he said FMBN is doing its best to meet the yearnings of Nigerians.

The Governor of Nasarawa who laid the foundation stone at the event appreciated the Brekete family and the FMBN for the vision.

Sule said due to the proximity of Nasarawa State to the Federal Capital Territory, the location of the project offers huge potentials to boost the development of the state.

“Nasarawa is indeed safe to business because we have done a lot to ensure security. We want a smart city where people will prefer to live here than Abuja because we have the silence and the serenity.

“I want to thank the Federal Government and the FMBN for the idea.  By the time we come back here, we will do the best we can from the state to complete the road.

He urged the President and Founder of Brekete Family, Ahmed Isa not to allow the project to be hijacked by influential people in the society.

“I hope that when we come to commission, you should not allow prominent people to take this. Let this project go to the common man. Give it to the ordinary people who have no hope,” he added.

Isah had earlier in his remarks said the project was borne out of the conviction that there is need to bridge the  housing deficit in the country.

He added, “The best thing that can be done for Nigerians is to put a roof over one’s head. The FMBN is supporting this project under the National Housing Fund initiative.

“Over 80 per cent of the work force in Abuja are in Nasarawa state. The Governor has said that by the time he has done three years in office, people will prefer to stay in Nasarawa than in Abuja because of its serenity.”