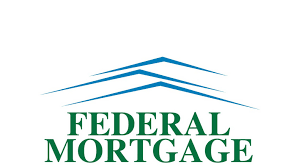 The Federal Mortgage Bank of Nigeria (FMBN), in collaboration with the Labour Unions, has completed the first phase of its affordable housing scheme for Nigerian workers.

Mr Lawal Isa, the Group Head of Communications, FMBN told newsmen on Wednesday in Abuja that 1,200 housing units have been completed presently across the country.

The unions, according to him, are the Nigeria Labour Congress, Trade Union Congress and the Nigeria Employers Consultative Association.

Isa said the aim of the project was to reduce housing deficits in the country, adding that some states that have benefited from the project includes Jigawa; Nasarawa; Kogi; Enugu; Akwa Ibom and Adamawa.

“In the first phase, we have built 1,200 housing units in each geopolitical zone and at the beginning we selected 2 states to start with.

“We have finished the first phase and are going for the second phase; this collaboration has assisted greatly in providing housing for Nigerian workers because it is a collaborative effort between the three major labour bodies and the bank.

“We provide funding and labour provides the land. In some cases we provided the land in which these houses were built.’’

Isa said the partnership between the bank and the labour unions was made possible because of the contributions of workers to the National Housing Fund (NHF) domiciled in the bank.

He added that contributing to the NHF was prerequisite for workers to access loans from the bank to own their houses.

“On the benefits of contributing to the NHF, the major thing is that, we want to provide affordable home for the contributors.

“So, it can come through many ways, either you apply for an NHF loan through a primary mortgage bank, where you can access the funds and build your own house.

“You can apply for a construction loan directly from the Federal Mortgage Bank and get the money to build your own house, or you can apply to buy an already built house or renovate an existing structure.

“Lastly, we have the rent to own, in which you can apply for a house in  one of the estates that we invested in and pay rents on the house until it becomes yours,’’ Isa explained.

He added that through any of these means workers could access houses in the already completed units of the 1,200 houses in the six geopolitical zones.

The Head Communications of FMBN further noted that the NHF was a refundable scheme, in which workers could get back all their contributions with an accrued interest at retirement from active service.

“So anyone, who retired, incapacitated or dead, can apply for the refund of his/her contributions.

“You apply for the money at the point of retirement, visit any of our offices nationwide, get the refund application form, fill the form, attach the required picture, and then you can get the refund directly paid into your account.’’