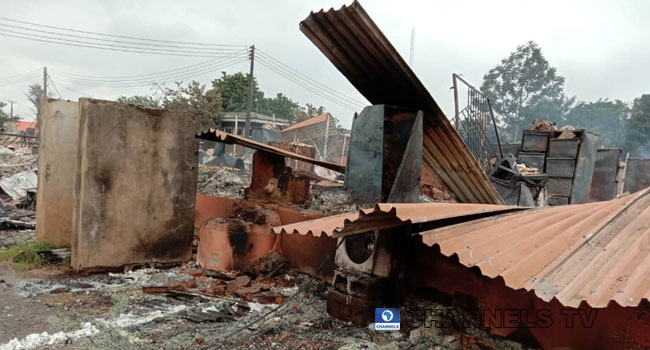 Property worth millions of naira have been destroyed following a fire outbreak at the commercial department of Ondo State Radio and Television stations (OSRC) and the annex office of the Ondo State Universal Basic Education Board (SUBEB) in Akure, the state capital.

According to eyewitnesses, the inferno started at the SUBEB annex office at midnight affecting two complex buildings.

According to reports, as at early morning when Channels Television crew got to the scene, part of the building was still on fire.

The Director of OSRC commercial department, Yinka Badede said many important documents, as well as staff personal belongings, were destroyed in the fire outbreak

At the SUBEB office, the Permanent Secretary said many valuables such as teachers’ records, database of all records as well as office equipment were burnt.

A business owner, Bankole Adu lamented that goods worth over N2 million were consumed in the inferno.

He appealed to the government to come to his aid as his entire source of livelihood has been burnt.