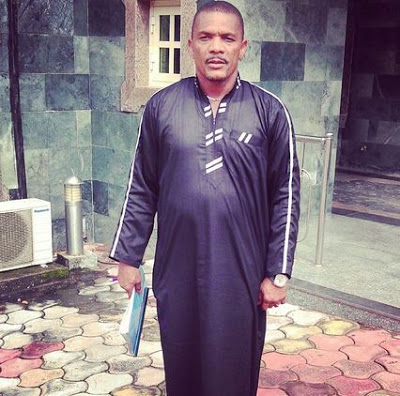 A Film Producer, actor and director, Ifeanyi Azodo has expressed worry over the continued piracy of creative works in the country describing it as ‘quite unfortunate’.

Azodo made the observation on Friday in an interview with newsmen at the ongoing Zuma Film Festival (ZFF) in Abuja.

According to him, activities of pirates in the creative industry is worrisome as they keep messing up with people’s intellectual property.

He urged government to assist them in fighting piracy in the country.

“Pirates are messing up with our works and we do not have arsenal to fight them. We want government to come to our aid,” he pleaded.

“This year I have done over 20 films, it is not because I am giving kudos to myself but as a man, I have to put food on the table and we do more of commercial movies,” he added.

The film producer also noted that Nigeria movies were yet to meet international standards.

He said that film producers in Nigeria no longer work hard to make quality films as some of them repeat movies to make ends meet.

“The quality of films we have between 1993 and 2001 are better than the ones we produce these days.

“People want to succeed and they keep on repeating and copying stories which is wrong; we need to wake up and work hard,” he said.

According to him, if Okeke does something like this, Henry would want to do same.

“What we are doing is creativity and we need to do things right.

“In spite of the presence of American film distribution company Neflix, we still cannot distribute our movies, it is a huge problem in the movie Industry.

“Our films cannot meet international standard because we don’t have right distribution network, we produce and do not distribute.

“In Hollywood, once they produce, they distribute.” he said.

Busola Dakolo took to her Instagram page to celebrate her husband Timi, who turned 40 today.