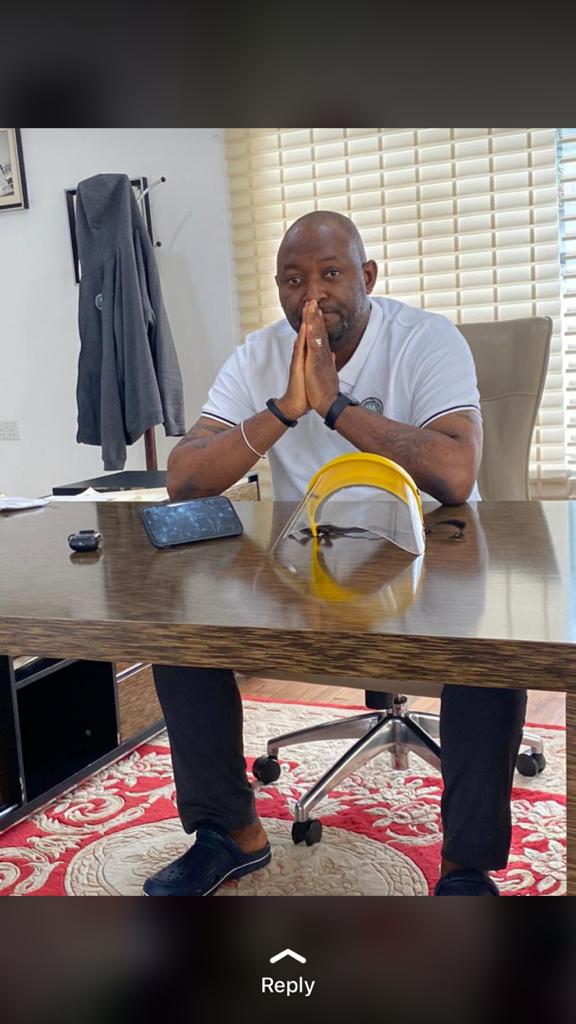 A chairmanship aspirant in the Oct. 30 Anambra Football Association (FA) board election, Chikelue Iloenyesi, says he will consider the construction of sports facilities in the state a top priority.

Iloenyesi said on Monday in Awka that football would not develop more than it is with the state of facilities available.

The former Nigerian international expressed regret that FIFA Goal Project which came to Anambra at about 2012 had remained moribund.

He said he would make it a priority that Anambra benefits from the FIFA Goal Project going round Nigeria by reactivating the moribund one originally sited at Amansea, Awka South Council Area.

According to him, there is a lot of FIFA Goal Projects going on in Nigeria, one was cited in Anambra in the past but nothing has been done there.

“If I become the chairman of Anambra FA, my team and I will push for one to come here using our reach and knowledge of the terrain,’’ he said.

Iloenyesi commended Anambra Government for its efforts at development of sports infrastructure, adding that he would partner with the private sector facility owners like NEROS and Rojenny to optimise their stadia.

He called on stakeholders and delegates to the election to support his ambition and cast their votes for him come Oct. 30.

“There is no money in Anambra FA; I am only here to contribute to the progress of football in my state having seen it all as a player and at the administrative level.”

It was reported that the Federal Ministry of Youth and Sports Development had through a letter, dated Oct. 5, 2020, put the elections on hold.

The ministry summoned the Anambra Sports Development Commission (ASDC) management and other stakeholders to a meeting in Abuja on Oct. 12.

The LFCs and FA board elections have been scheduled for Oct. 29 and Oct. 30 respectively at the Bishop Obiefuna Retreat Centre, Awka, while sale and return of nomination forms had since commenced on Oct. 2 and is ending on Oct. 12.

The letter signed by Gabriel Aduda, Permanent Secretary, said it was in response to the petition by Ifeanyi Ubah, the immediate past chairman of the FA and directed that all activities leading to the elections be put on hold.

“The Federal Ministry of Youth and Sports Development is investigating the crisis surrounding the Anambra State Football Association election based on a petition authored by Sen. Ifeanyi Ubah.

“Consequent on the above, I wish to invite you to a Ministerial Roundtable with other stakeholders on the issues relating to the Anambra State Football Association election.

“By this development, it is imperative that the FA and other parties put on hold all activities relating to the football election in the state immediately, pending the outcome of this meeting,” it said.