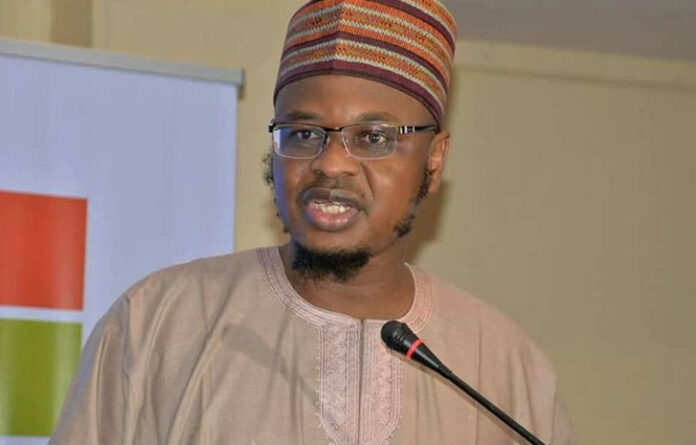 ….Says over 500 projects are underway- Pantami

The Minister of Communications and Digital Economy, Dr Isa Pantami has said that the Ministry is having over 500 projects to be commissioned by various agencies and parastatals under its supervision.

He, Dr Pantami said this on Tuesday, 11 August, 2020 during the virtual commissioning of eleven completed projects.

The Minister said that the projects align with the 3 focus areas of the Federal Government, namely economic development, security and anti-corruption. He, furthermore noted that the projects are part of the policies of the Ministry’s mandate duly implemented by its agencies and parastatals.

Speaking during the commissioning, the Chairman of the occasion, the Governor of Imo State, His Excellency, Hope Uzodinma commended the Minister of Communications and Digital Economy for taking the Ministry to the Next Level.

“When you were sworn in as a Minister, some of us who followed your activities as the DG NITDA(National Information Technology Development Agency) were convinced you were going to lift the Ministry from where they were to the Next Level, knowing you as a thinker and a man full of positive ideas”, he said.

In his own remark, the Gombe State Governor, Inuwa Yahaya   said “For us in Gombe, we know your capacity, ability and courage that is inbuilt in you since from childhood that made Mr President identify you as one of those that can add value to this government. We are so proud you are doing a great job.

Earlier in his remarks, the Director General NITDA, Mr Kashifu Abdullahi while expressing his delight toward the landmark achievements said “To me, what is so amazing is that the pandemic accelerated the way we execute projects, under the leadership of Dr Isa Ali Pantami, my boss and my mentor. While other sectors shutdown and lockdown, at our ministry, the pandemic makes us to work harder and accelerated us in doing more”.

He further added that “It would be amazing, if I tell you that these 11 projects we are going to commission today were conceptualised and executed within a year”.

Similarly, Speaking at the occasion, the Executive Vice Chairman/CEO Nigerian Communications Commission, Prof Umar Danbatta pledged the commitment of the commission towards implementing the digital economy mandate of the federal government.

The Chairman of the Board of Commissioners of the Nigerian Communications Commission, Professor Adeolu Akande gave the closing remarks.

Highpoint of the event was the official virtual ribbon cutting of the projects by the Minister, Dr Isa Pantami and representatives across states.