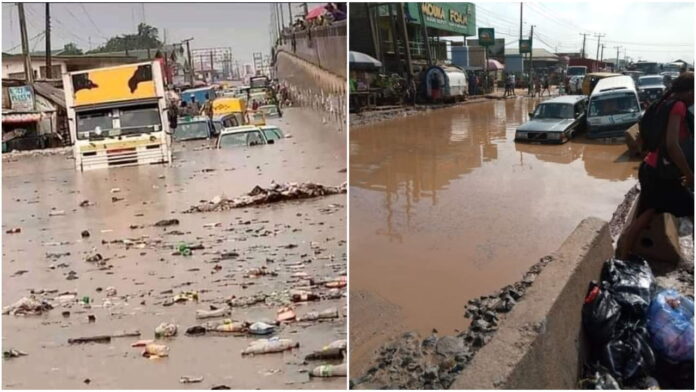 The Senate on Wednesday urged the Federal Ministry of Works to start immediate work on the failed road of Ewu-Uromi-Agbor that linked Edo state to the north and other southern parts of the country.

The Senate further called for adequate funding to complete the reconstruction of those roads and come up with a plan to settle all lingering issues bordering on the dualisation of the roads with contractors, and also review the terms and conditions of the contract to meet the current realities of inflation.

Presenting the motion, Senator Ordia noted that the roads were constructed more than 30 years ago, and boosted socio-economic activities between the north and south of Nigeria.

He said, due to age, wear and tear, certain potions of those roads were beginning to fail, a development that had caused untold hardship on commuters plying them.

According to him, “in 2022, following series of complaints by commuters and motorists plying the Benin-Ekpoma-Okene Road, the contract for its reconstruction and dualisation was awarded by the Federal Government.

“In the same vein, the administration of President Goodluck Jonathan also awarded the contract for the rehabilitation of the Ewu-Uromi-Agbir Road before his administration ended in 2015.

“In 2021, it was reported that Edo State Governor, Godwin Obaseki attempted to intervene in fixing the failed portion of the Sapele-Asaba Road, especially the PZ-Junction-Ologbo axis of the road, he was however stalled by the Federal Government, with the reason that it is a federal road and that the contract for its rehabilitation has already been awarded.

“Since these rehabilitation and reconstruction were awarded, the pace of work has been very slow. The factors that top the list of reasons for the slow pace of work on these roads as reported are: non payment of compensation, relocation of structures/buildings on the right of way, as well as, delay in payment of contractors.”

He expressed concern that “currently, certain portions of the roads have failed completely and has become a source of nightmare to motorists, especially articulated vehicles that spend days on the same spot thereby preventing other small vehicles from navigating their way through the roads.

“Transporters are forced to increase their fares due to increased hours of time it takes for them to arrive at a journey that they would have otherwise spend less time to arrive at thereby passing the buck to passengers and travellers who now pay higher than expected fares to their destinations”.

Ordia said people of Edo state felt neglected by the Federal government, while socio-economic activities in the communities around the roads had been grossly affected negatively.

However, in his contribution, the Deputy Senate President, Ovie Omo-Agege denied that the project was abandoned, saying, rather, it is being carried in phases due to paucity of funds.

Also, Senator Kabiru Gaya (APC- Kano South) said 34,000 kilometer roads is too much for the Federal Government to handle considering its lean resources.

Gaya said there was a need for state governors to be encouraged to do the maintainance and reconstruction of Federal roads and be refunded later.

In his remarks, Senate President Ahmad Lawan said it was unfair to allege that the administration of President Muhammadu Buhari had not done well in road maintainace.

Lawan said, “what was given to the Federal Ministry of Works in 2015 was N22 billion. The APC administration that took over gave the ministy over N200 billion that same year. I am just trying to put the records straight.

“There is a clear commitment from this side to address this national issue of poor condition of our roads. For us here in the Senate, and the National Assembly, what we need to do is to be really patriotic. Just support the Executive to ensure our roads wherever they are, wether they are in Delta, or in Jigawa or in Abia we don’t care. It is Nigerians that are plying these roads.

“But I think for anyone to say that the roads; over 34,0000 kilometres have not been attended to well by this administration, I think is unfair.

“So, I want us to be guided. But we have not done enough. Despite this we need to do more. But we are far better in the last seven years than the people that served for 16 years”.