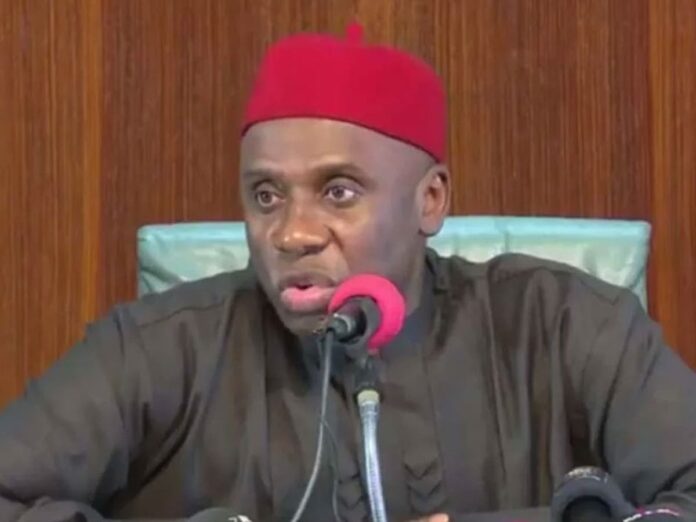 The Minister of Transportation, Rt. Hon. Rotimi Amaechi has revealed that the profits that would be generated from the new seaports and railway services across the country will be used to repay the loans that were borrowed for the construction of these projects.

Speaking in Abuja recently, the Minister said, “We have had debt forgiveness before but that is not the aim, our aim is to be able to pay back and to pay back there are so many things we can do. We are constructing new seaports in Lekki, Bonny via Port Harcourt, money from there we expect that we can also use it to pay back.”

Amaechi explained further that, “We can also pay back if we begin to push manufactured cargoes to different areas of the country and run it efficiently to be able to generate some funds in which we can also used to pay back.

”If we don’t mismanage our crude oil investment,  we should also be able to pay back from there but what is critical is the cost of building this infrastructure now, because it will not be the same in the near future if we don’t build now,” he stated.

According to a statement made available to the media by Taiye Elebiyo-Edeni, the Minister also explained that the reason behind the intended construction of a rail line from Kano to Maradi, in Niger Republic is purely economical and not political.

“The decision to invest in Kano-Maradi rail line is purely economical, no politics, people are the ones politicizing it, I made that decision because there is a competition between the coastal States of Nigeria, Benin Republic, Togo and Ghana.

“Therefore, they find it difficult to do business in Nigerian seaports. So to be able to attract those cargoes, we decided to construct a rail line from Kano-Maradi,  just Maradi, is a village in Niger Republic and we will also build warehouses there to be able to attract cargoes from neighboring countries and transport it effectively to Tin-Can or Apapa seaport for movement onward or outside the country.

The Minister continued that “we need about $36 to 40billion to connect the whole country through the State capital with rail, we are doing so much with little, so what happened in other countries won’t happen here because we will pay back the loan.”