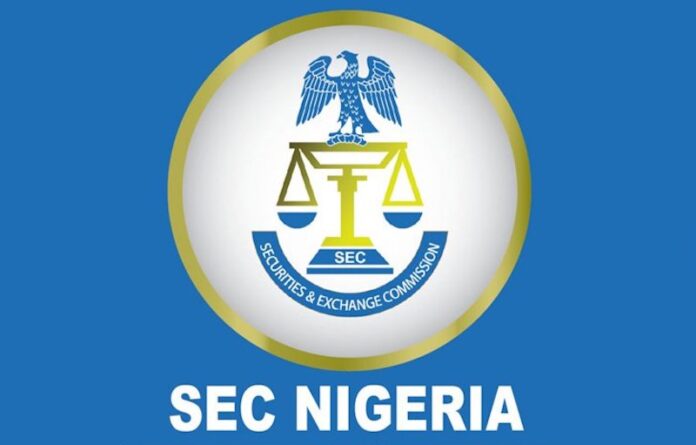 The Securities and Exchange Commission (SEC) has stated that the Federal and State Governments have the capabilities to unlock enormous potentials through privatisation.

Director General of the SEC, Mr. Lamido Yuguda stated this on Tuesday at a webinar organised by the Nigerian Stock Exchange (NSE), in collaboration with the Nigeria Governors’ Forum (NGF) and the Nigerian Investment Promotion Council (NIPC) with the theme: “Privatisation in Nigeria and the Outlook for Subnational Economic Development.”

Represented by Mr. Reginald Karawusa, Executive Commissioner Legal and Enforcement, Yuguda said the theme speaks to one of the issues that is germane to financing for state governments.

He said there is indeed no better time to discuss alternative funding sources at the sub national level given adverse impacts brought about by the COVID-19 pandemic.

According to him, the capital market’s primary role in any economy is to facilitate capital formation. By creating a system for allocation of capital, investors are able to price risk efficiently while issuers have the opportunity to raise funds to finance projects. In doing so, issuers may choose to raise equities or debts.

“Sub national issuers in Nigeria have been able to access the debt capital market over the years since 1978, state governments in Nigeria have raised close to N900billon through debt issuances. A significant part of these funds were deployed to finance capital projects across the country. However, the ability of states to continue to borrow in a sustainable manner has been severely impacted in recent times. With the huge infrastructure gap, decreased allocation from the federal purse owing to relatively low oil revenue and the depressed level of internally generated revenues, states are barely able to pay salaries after servicing their outstanding loan obligations.

“Privatisation is an avenue for governments to unlock economic potentials inherent in government owned enterprises. The focus on Nigeria’s journey on privatisation has largely been on the Federal Government. There have been several phases of privatisation exercises in the past with emphasis on enterprises operating in different sectors of the economy including oil and gas, hospitality, mining etc.” Yuguda stated.

The DG said the discourse is crucial in the light of current economic realities as a number of these deals were consummated through the listing of these entities on the Nigerian Stock Exchange, some of these companies have been positively transformed and have returned value to shareholders.

“Several enterprises are still owned and controlled by the government, both at the state and federal levels. A number of these entities have the capacities to generate cash flows and corporate profitability. However, owing to certain inefficiencies, these entities are under performing and in some cases subtracting from value. Perhaps this is the time for state governments to revisit the privatisation value proposition. There are several benefits to privatisation,” he stated.

He said privatisation has numerous benefits as the proceeds from the sale of government interest in these enterprises would help augment budget shortfalls and can be applied towards funding critical infrastructure.

“Beyond the funds to be generated, governments will enjoy cost of savings as there would be no further requirements to fund these entities post-privatisation.

“There are further benefits to be enjoyed through the taxes that would be paid in the future by those entities. As they undergo strategic transformation and become positioned for profitability, these entities are able to create jobs and employ residents of their host states, facilitate infrastructure development and further positively impact the economy in other areas,” he added.

In his remarks, CEO of the Nigerian Stock Exchange, Mr. Oscar Onyema said the NSE is pleased to hold the webinar as part of its strategic strive in assisting the states towards economic sustenance.

Onyema said privatisation occupies a critical position in economic globalisation and provides an avenue for raising the bar towards economic development.

“Given COVID-19, there is no better time to re-visit privatisation and cascade this to the subnational levels,” he said.

Also speaking, the Chairman of Nigerian Governors Forum, Dr. Kayode Fayemi said the state governments have been constrained to increase spending in a bid to mitigate the effects of the pandemic.

According to him, “containment is fairly in place but more needs to be done to ensure progress is not lost and that is where privatisation comes in. If the private sector takes over in critical sectors, state governments can focus on education and health among others”.

Fayemi assured that the forum will continue to partner with the NSE to bring in long term financing for infrastructure development.