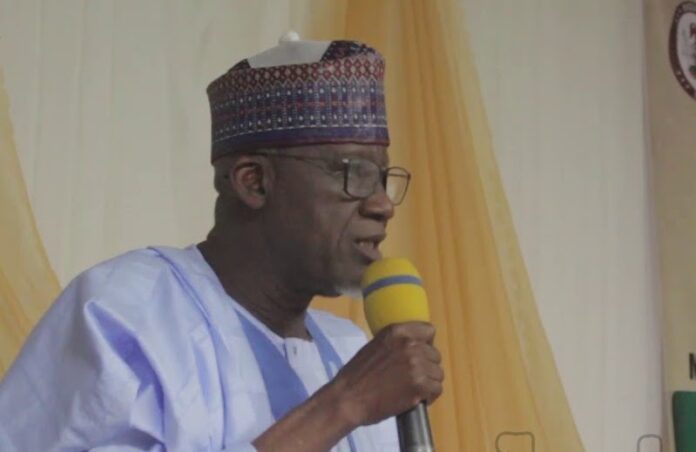 The Minister of Police Affairs, Alhaji Mohammad Dingyadi, has pledged his ministry’s continued support for the training of Nigerian police personnel.

Dingyadi made the pledge on Tuesday in Abuja at the opening of a training programme for criminal investigators organised by the Inspector General of Police (IGP) Monitoring Unit.

Represented by the Permanent Secretary in the ministry, Mr Temitope Peters, the minister lauded the IGP for his commitment to the capacity development of his personnel.

He said the training was timely, considering the need and efforts by the Federal Government and other stakeholders to reform the Nigerian Police.

According to him, the police reform will include introduction of technology and other equipment that will enhance the efficiency of the service delivery of police personnel.

Dingyadi said the reform would also include the improvement of the welfare of police personnel to boost their morale.

While noting that the ministry was doing its best to improve on the professionalism and ethical conduct of its personnel, the minister urged the police to embrace community policing.

The IGP, Mr Mohammed Adamu, said the training was a reflection of his conviction that the capacity of human asset of any organisation was fundamental to the attainment of its goals.

Adamu, who was represented by Ibrahim Lamorde, the Assistant Inspector-General in discharge of Force Intelligent Unit, said capacity development was more critical to a law enforcement and investigative agency such as the police.

According to him, the rapidly changing dynamics of crime and the attendant increasing threat to national security required quality police investigators.

He said such investigators must have the requisite professional knowledge, experience, self confidence and competence to undertake complex investigative tasks.

Adamu called on the participants to take advantage of the training programme to acquire requisite knowledge that would be proudly applied to make a difference in the field of investigation.

The Chairman, House of Representatives Committee on Police Affairs, Rep. Usman Kumo, said that the training was timely “considering what is happening in the country now.”

He said the IGP Monitoring Unit, saddled with the responsibility of checkmating the activities of other police officers, should see this as a clarion call to continue on the path of justice.

Kumo assured Nigerians that the Federal Government would not relent in equipping the force to ease the country’s security challenges.

“The IGP Monitoring Unit in the past has shown that competence; I urge you to continue in that path to have a good scorecard to ensure that Nigeria is insecurity free,” the lawmaker said.

On his part, Assistant Commissioner of  Police Adamu Elleman, who is the  Head of the IGP Monitoring Unit, said that under his watch the unit had been able to build on the achievements of the Force’s “ZERO tolerance for corruption’’.

He said the unit would stop the extortion of money from motorists on public highways by police officers on crimes control, road block and illegal detention of suspects.

He said that policemen were put under constant check as a reminder that they were not allowed to misbehave.

“However, because of the need for technology driven investigation towards achieving a high level of performance, the unit is collaborating with requisite bodies from different fields to train the officers by providing them with needed approach for modern policing, ” he said.

It was reported that the training on “Ethical Practices in Policing and Criminal Investigation’’ was organised for criminal investigators.