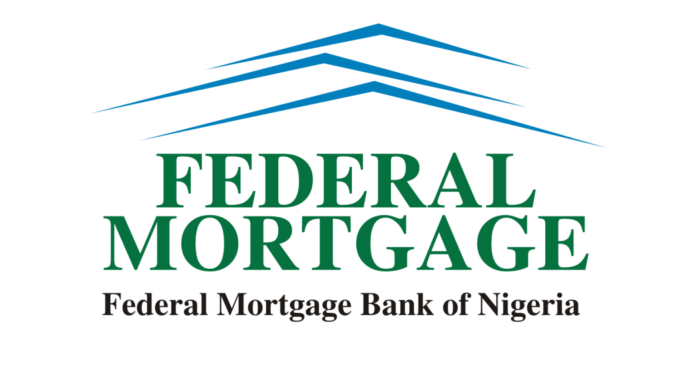 The Federal Mortgage Bank has disbursed a cumulative amount of N265bn under the National Housing Fund Scheme to boost the delivery of affordable housing to Nigerians.

The Managing Director/Chief Executive, FMBN, Ahmed Dangiwa said these at the 2020 Housing Summit held in Abuja

He said within the last three years, about 8,700 new homes have been added, a growth of 43 per cent, to attain a cumulative 29,133 funded housing units.

Similarly, the FMBN Boss told the gathering that within the last three years, NHF collections grew by N186bn representing 80 per cent to reach a cumulative amount of N418bn as of September 2020

On the home renovation micro-loan, Dangiwa said the bank had been able to grow this by over 2,000 per cent from about 2,600 to about 56,000 loans in the last three years.

In terms of subscriber base, the FMBN MD explained that about 570,000 contributors have been added to attain a contributor base of over 5.1 million NHF subscribers.

While the coronavirus pandemic has affected the global economy negatively, the FMBN Boss said despite poor housing conditions, Africa and specifically Nigeria has been spared the worst effects of the health crisis that most developed countries have been battling with.

However, he stated that this is not a condition Nigerians should continue to take for granted, adding that the health crisis has made it imperative to rethink and re-invent the country’s national policies and strategies for affordable housing especially for the low- and medium-income markets.

This, he noted, is where the National Housing Fund Scheme should become a critical part of the conversation.

He said, “You will recall that the National Housing Fund Scheme, established by Act 3 of 1992 was created to serve as a pool of long-term funds for housing delivery, funded by 2.5 per cent of workers’ monthly income and mandatory investments of percentages of the business portfolios of banks and insurance companies.

“Over the years, the loan products under the NHF Scheme have been expanded to cater for the various needs of its contributors. Presently, the NHF provides fixed interest mortgages for home acquisition, an individual construction loan to aid self-development, a micro-loan for home renovation and rent-to-own.

“In addition to these demand-side facilities, the NHF has several loan windows granted to real estate developers and cooperative societies to fund construction of affordable houses at regulated prices.

“While there is still a lot of work to be done in addressing housing needs of Nigerians, these figures support the inherent potentialities within the NHF Scheme both in terms of coverage and affordability to most Nigerians.

“For instance, with just a contribution of N450 per month over a period of six months, a contributor becomes eligible for any of FMBN’s loans. Under our 5-year strategic plan, FMBN intends to target the non-salaried informal sector into the NHF Scheme to achieve the goals of financial inclusion.”

Dangiwa also said the Bank intends a review of the NHF Act to ensure mandatory investments by banks and insurance companies.

Unfortunately, he explained that since the enactment of the NHF Act 28 years ago, banks and insurance companies are yet to comply with the investment mandate stipulated by law.

While neither ignorance nor excuses are acceptable for flouting the law, he said reasons given for non-compliance include the loss of business opportunities of investing in the NHF as opposed to other more lucrative use of resources, the risk of loss of funds due to business risks and uncertainties associated with real estate investments, uncertainty on the duration of such investments, and the prescribed rates of return not being economical or profitable, among others.

He noted that the consequence of non-compliance is that the housing finance sector has been denied significant investments that could have added value to housing delivery, job creation and economic growth.

In recognition of the obstacles identified by banks and insurance companies, the FMBN Boss said that the bank would be advocating a new NHF investment framework that addresses the concerns of these mandatory investors.

He added, “In summary, the framework proposes that banks and insurance companies contribute five per cent of their Profit-After-Tax  as mandatory investments into the National Housing Fund as opposed to portions of their loan portfolios of life/non-life funds.

“The proceeds are remitted into a Special Purpose Vehicle jointly established by these institutions and FMBN to ring-fence the investments.

“Proceeds accruing to the SPV are to be invested in either real estate capital market instruments or the financing of large-scale residential housing projects on affordable but economically viable basis, for a specified tenor (e.g. 10 years) and at an agreed rate of return.

In addition, he said mortgages indirectly funded by these investments will be required to have mortgage guarantee, thereby providing capital relief for the mortgage originating banks.

Based on FMBN’s projections, Dangiwa said it is expected that not less than N100bn will accrue to supplement the resources of the NHF Scheme as mandatory investments from banks and insurance companies if this proposal is implemented.

He stated that FMBN’s intention in presenting this framework is to see banks and insurance companies be good corporate citizens in compliance with the law of the land by investing in the NHF Scheme as stipulated by law but under a risk-sensitive, safe and lucrative arrangement.

This, he noted, would provide a win-win solution for them and Nigerians who are in dire need of affordable housing.

He urged participants at the Housing Summit to provide a robust debate to fine-tune the proposal with useful and insightful suggestions.

He also assured them that the outcome of the deliberations will form the basis for the review of the NHF Act towards resuscitating the process to pass a new law that would make the NHF Scheme more robust, effective and sustainable.