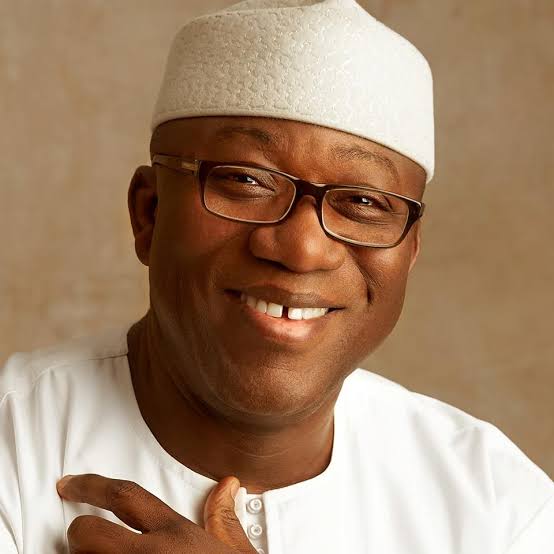 Addressing the agitation for a revisit of the Local Council Development Areas (LCDAs) that was dissolved by the immediate past administration, Governor Kayode Fayemi of Ekiti state has disclosed that his administration has decided to revisit the creation of LCDAs.

According to him, “After extensive consultations, my administration has decided to revisit the creation of Local Government Development Areas.

“I have therefore directed the Honourable Attorney-General and Commissioner for Justice to re-present a Bill for the establishment of Local Government Development Areas in Ekiti State for the immediate consideration of the State Executive Council and subsequently for Legislative scrutiny.

“May I use this opportunity to appeal to this House to give the Bill the urgent consideration that it deserves, the Governor said, with a thunderous applause form the audience.

Presenting the scorecard of his administration in the last two years backed with relevant statistics, the Governor said appreciable progress had been made in the execution of life changing policies and projects for the benefit of Ekiti people despite the prevailing economic challenges.

The Governor noted that the five pillars of governance which include Agriculture and Rural Development, Governance, Infrastructure and Industrial Development, Knowledge Economy and Social Investments were being diligently pursued to improve the standard of living of the people.

He noted that the first year in office was used to lay a solid foundation for the legacy projects which are now in various stages of completion, adding however, that the economic challenges brought about by COVID-19 pandemic led to the review of the 2020 Budget.

The Governor said: “Despite the challenges brought on by COVID-19 pandemic, we have remained committed to completing all unfinished projects by previous administrations and following through with those we initiated.

“We have done this to demonstrate that regardless of our partisan leanings, Ekiti State remains our common heritage, and we must do all we can to lay a foundation for sustainable development.

“Today, I address you with restrained joy but a strong conviction that despite the challenges we have faced in the past year, we are making visible progress and steady strides towards our goals for Ekiti.

“I am happy to report back that despite the economic realities of the year under review, we are making remarkable progress with our Agro-Cargo Airport project.

“All the necessary documents are being perfected and work is ongoing at the site. Ekiti Agro-Cargo Airport remains a priority for us and we project that it would be completed in record time before the end of my tenure.”

The Governor disclosed that his administration will shortly present a bill to the Assembly with a view to ensuring that it becomes mandatory for all successive governments to present an annual State of the State address for the consideration of the State House of Assembly.

Earlier, the Speaker of the Ekiti House of Assembly, Rt. Hon. Funminiyi Afuye, said the achievements recorded by the Fayemi administration in two years “are too visible to be ignored even by the morbid critics.”

The Speaker lauded the Governor for consistently delivering good governance to the people despite the shortfall in the allocation coming from the Federation Account and putting the state on the path of sustainable development.

He promised the commitment of the Assembly to drive a legislative agenda that would resonate with the five pillar agenda of the Fayemi administration.