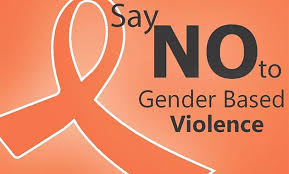 Experts on Friday in Abuja sensitised youths on ways to avoid rape and other forms of violence against women and children, newsmen reports.

The seminar for teenagers was organised by an NGO, Supporting Hands Initiative (SHI) and WAVE Foundation as part of 16 days activism to end Gender Based Violence (GBV).

The Founder, SHI, Mrs Bassey Ita-Ikpang said the advocacy would educate young pupils on human rights, good attitudes with a view to eliminate all forms of violence and improve hygiene.

Ita-Ikpang decried the increasing cases of violence against women and girls, adding that boys were also victims of such abuse, hence parents and the society needed to also pay attention to them.

“These boys grow and become the future men, so we need to begin talking to them now, inculcating in them from early age on how they should relate with girls.

“We are marking the 16 days of activism to see what we can do differently so we brought in both boys and girls to talk to them, catch them young and for them to grow with the idea that these things are wrong,’’ she said.

She also advised parents to listen, pay attention and monitor their children to enable them detect early any form of abuse or violence they might be experiencing.

On her part, President, WAVE Foundation, Mrs Lola Ibrahim, stressed the need to stop all forms of harmful practices such as Female Genital Mutilation (FGM) on girls.

Ibrahim, who is also a survivor of FGM, decried the physical, psychological and emotional trauma the practice had on the victims.

“Female genital mutilation should be stopped. Girls should be allowed to live a life free from torture, degrading human acts.

“Parents instead of cutting the girl’s genitalia all in the name of you want to keep her intact or away from sex, should educate the child on morals and virtue.

“Let her know the difference between bad and good. Once you educate her, you have empowered her to be able to decide what is right and wrong,’’ she said.

She, therefore, advised teenagers to report any form of violence with a view to eliminating the practice and ensuring offenders were prosecuted.

An Obstetric and Gynaecology doctor, Amina Ismail-Are, advised teenagers to ensure cleanliness and proper menstrual hygiene to reduce risk of contacting any infection.

It was also reported that the organisation distributed menstrual hygiene kits, face masks, writing materials and other items to the students.