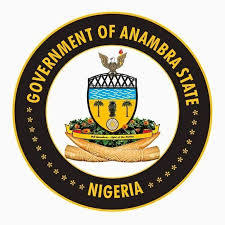 She said the centre was established to offer support services in the areas of counselling and rendering health, mental, psychological, financial and legal support to survivors of rape.

According to her, to offer the needed support services require trained hands, but it is largely inadequate due to lack of funding.

“The centre can only provide services within its powers; an example is a recommendation of specialists to a four-year-old child who was molested and her urinary organ badly damaged.

“The child was given drugs, but needed further treatment to repair her urinary organ, but the centre cannot afford the cost of such treatment.

“The centre offers free services to victims, but we have realised that most people that have reported here do not have money for treatment.

“On several occasions, I give out my money for their transportation back home.

“Also, the perpetrators also threaten their lives, if they complain to us, but if we have shelter, we can keep them until their cases are over,” she said.

Uchendu urged well-meaning individuals, groups and the state government to support the centre to help survivors of rape heal from the traumatic experiences and reintegrate into the society.

“These survivors experience hurt, pain and trauma, and we need to support them to heal and move on trauma-free,” the medical expert said.

Uchendu said that most of survivors of rape were from poor background, adding that perpetrators took advantage of them, believing that no one could speak for them.

She urged mothers and guardians to keep their eyes on their children, and never leave them in the hands of strangers or those they did not trust.

The manager also urged residents to report rape cases and other forms of sexual assault on persons to the facility for proper follow up, and perpetrators punished according to the law.