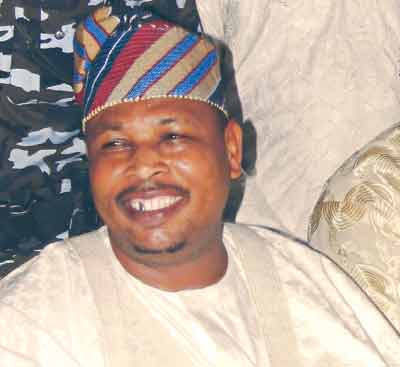 Abuja the Federal Capital Territory was greeted with excitement and jubilation by members of Road Transport Employers’ Association of Nigeria (RTEAN)  as Alhaji Musa Mohammed was yesterday affirmed as the long awaited Executive National President, of the Union by a court of competent jurisdiction,.

The road leading from National Industrial Court of Nigeria (NICN), Area 11, Garki, to the National Secretariat of the Road Transport Employers’ Association of Nugeria (RTEAN), Wuse, all in Abuja the Federal Vapital Territory (FCT) couldn’t contain the crowd of people that were jubilating.

Even to other motorists along the road, another Christmas or Sallah, being two major celebrated feasts in Nigeria have combined to change dates. But to those who were curious and anxious to know what has been going on, found out that the multitude of people were those who were not only excited that the former Deputy President (Admin), RTEAN, who currently doubles as the trade union’s chairman in Lagos has been affirmed by a court of competent jurisdiction in Abuja the nation’s capital as the Executive National President of the association.

The case has been in the NICN for some time now. The parties to the matter were among others, Osakpowan Eriyo who was insisting that he was duly elected as National President of the Association; High Chief Musa Isiwele who until the judgement believed that he was removed under duress and Alh Musa Mohammed who was affirmed as the Executive National President of the trade union yesterday.

To the National Public Relations Officer (PRO) who doubles as the Secretary, Lagos state chapter of the Association, Alh Abdurahaman Olalekan, the victory was from God, even as he said that he believes that they are open to accommodate their opponents, if they come back.

He said: The judgement has vindicated us. We are willing to welcome our opponents back. We are always available to work with everybody so as to move RTEAN higher.”

Advising all to remain calm and united, he said their opponents still have opportunity to hold positions, but was quick to add that everything is usually done through the trade union’s conditions. “You don’t come and get positions immediately. We strictly follow the provisions of our constitution,” he explained, adding that the future of the RTEAN is very bright, with the Association under the leadership of Musa Mohammed. The PRO said that with the truth strictly followed by the court, “ adding “we are ready for our opponents, if they want to go for appeal, because the truth shall certainly continue to come out.”

The National Woman Leader (Iya Road), of the Association Erelu Funmi commended all the supporters and stakeholders who saw to the justice and also assured the Association of more women membership, as well as promising to carry all the women along in the Association. Calling for more supports for Musa Mohammed, he said the National President has served the Association in different capacities and has delivered. “So we are solidly behind him,” he said.

The North Central Zonal Chairman, Alh Saliman Ayoku, while hailing the National President for performance and beckoning members to continue to rally round him for RTEAN to continue to move forward, he said the future of the Association is bright, even as he added that the judgement was for all. Alh Gambo Ayok therefore regretted that past leaders drew the Association back, but was quick to state that they were hopeful that the present leadership would address it all.

The Executive National President, Alh Musa Mohammed while interacting with our Correspondent said: “I thank the judiciary for giving us our mandate. My message for my members is for them to go home and maintain peace, love and progress. We are one family and if you have problem in your house, you know how to settle it. By the grace of God, I will bring peace and unity to all members of RTEAN and that is why I said that our road is open to all.”

Also speaking, Barr Shuaibu, the lawyer to the winning party said: “The judgement was powerfully delivered and it has resolved all the leadership tussles surrounding RTEAN. I say kudos to all who made the judgement come up today, especially the judge who has been patient and wonderful in the judgement. Eriyo’s claim to be a member has been dismissed and his claim to leadership has been not only been put to rest, but also annulled. Today we have an Executive National President in the name of Alhaji Musa Mohammed.”

It would be recalled that on the day when the date of this judgement was chosen by the parties and approved by the court, the counsel to the winning party, Barr Shuaibu said with confidence that he was sure that his client had a good case, which has at last come to pass.