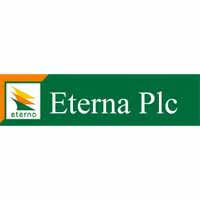 In a separate notification signed by Bunmi Agagu, Company Secretary/Legal Adviser the company said its Board had approved the appointment of Mr. Farouk Ahmed to the Board as a Non-Executive Director effective 1st September 2020.

“Mr. Ahmed is a graduate of Southern Illinois University Carbondale, USA where he obtained a Bachelor of Science degree in Engineering Technology. He commenced his career as a Logic Board Verification

“He returned to Nigeria to honour the call to serve his fatherland under the National Youth Service Corps (NYSC) and later joined the Nigerian National Petroleum Corporation (NNPC) where he grew through the ranks and spent thirty-two meritorious years. Mr. Ahmed has a sound commercial and trading background and has held several senior positions over the 34 years’ spanning his professional career in the oil and gas industry including the positions of: Senior Crude Oil Trader – Duke Oil Inc.; Manager – Crude Oil Export Programming and Nominations, Shipping and Terminals

Regulation of Engineering in Nigeria (COREN). He was a member of the Governing Board of the Nigerian Shippers Council and is currently the MD/CEO – Hauwath Consulting Limited.”