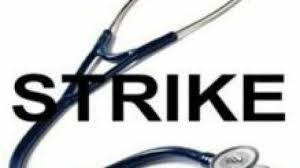 Some patients at the National Orthopedic Hospital, Enugu are lamenting over the industrial action by the Joint Health Workers’ Union as the strike as it entered the second day.

Some of the patients, who spoke to newsmen on Tuesday in Enugu, expressed worry over the development.

They, therefore, urged government to find solution to the perennial strike as many people are dying while the strike last.

The strike, which began on Sept. 14, nationwide took patients on appointments, and those on admission, by surprise as many of them claimed to have had no previous information of the strike.

Most of the consulting rooms were devoid of their usual activities as they were empty with no patient, while the laboratory and card rooms were under lock.

Some patients, who came for treatment, complained that they were not attended to, as no worker was available to retrieve their medical record folder for treatment.

One of the patients, Mrs Eunice Agu, who came for a check-up, said that she could not get any staff to attend to her.

“Those responsible for patients’ folders are not around to fetch my hospital file,’’ Agu said.

Miss Rose Uzoh, whose father has been on admission, said that health workers’ strike was delaying activities in the ward as nurses were nowhere to be found.

“Absence of health workers in this hospital has really slowed down health services, especially without the nurses around,’’ she said.

However, one of the patients on admission, Mr Chindu Nnamani, said he was not planning to leave because of the doctors’ presence.

Nnamani said that the doctors were trying their best to attend to the patients.

“Doctors in the wards were still attending to some critical patients already on admission,’’ he said.

A nurse, who spoke on condition of anonymity, told newsmen that none of the hospital’s health worker was on duty except doctors.