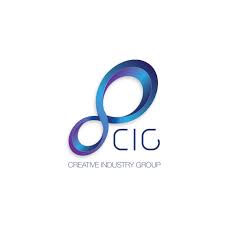 The Creative Industry Group (CIG) on Tuesday implored Lagos State Gov. Babajide Sanwo-Olu to endorse a software it packaged to monitor usage of its members’ audio and visual products.

The CIG President, Amb. Felix Duke,told newsmen in Lagos that the software was designed to capture and monitor entertainers’ audio and visual products being used in Nigeria and other countries.

According to him, the measure is for the benefit of audio and video content owners.

He said that CIG observed that content owners were being ripped off as they were not getting reasonable returns for quality products.

“We are appealing to our able Gov. Babajide Sanwo-Olu to consider the initiative which will create an enabling environment for practitioners to enjoy fruits of their labour.

“The aim of the whole arrangement is to avoid exploitation by tracking and stopping users and usage of contents whereby people download and use products of content owners, with them gaining nothing in return.

“It is all for the benefit and survival of practitioners as the software package will attract 70 per cent of income from their contents’ usage because everything will be monitored.

The CIG leader added that the measure would encourage content owners and budding talents to do their best, and boost the Nigerian creative industry.

“Once the money is generated and collected by the Nigeria Inter-Bank Settlement System (NIBSS) from the used registered content with the help of the software, 70 per cent is sent to the content owners.

“We need to make it clear for better understanding that the body is not imposing any physical payment on content, production of films or any material as being speculated.

“The creative industry in Lagos State represents one of the largest and most visible segments of the informal economy in Nigeria and needs an enabling platform to function effectively.

“The majority of creative contents is physically or digitally distributed from Lagos State which is described as the hub of the creative industry in Nigeria,” he said.

According to Duke, research indicates that 10 per cent of Nigerian creative content in circulation globally is in the physical while 90 per cent is in the digital landscape.

“This indicates that they are no longer a local concern but global, and many of these contents are sold, uploaded, downloaded and streamed from the city of Lagos which is regarded as the hub of entertainment in Africa.

“It is estimated that the entertainment and media revenues for Lagos State will reach US$7.0 billion in 2020, while all other states generate an estimated US$3.0 billion annuaIly,” Duke said.

He said that funds from the initiative could be employed toward providing infrastructure for the entertainment industry in Lagos State to thrive and compete favourable in the global entertainment landscape.

reports that the Creative Industry Group (CIG) is a group of entertainers, including musicians, actors, record labels, film producers, comedians and fashion designers.

One injured in gas truck accident in Kubwa- FRSC