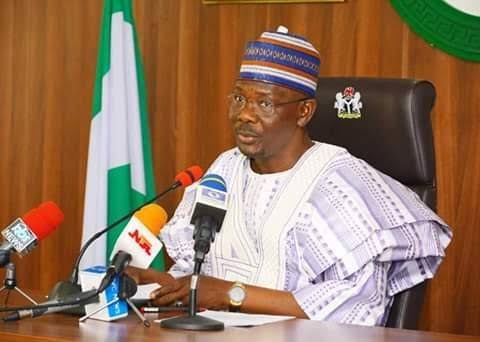 Nasarawa State Governor, Engineer Abdullahi Sule, has cautioned people of the state against breaking the protocols put in place to contain and control further spread of the pandemic.
Engineer Sule handed down the caution while presiding over the monthly state executive council meeting, at the Government House, on Thursday.
The Governor who used the opportunity of the meeting to update the people on the COVID-19 status of the state, noted that even though Nasarawa State has made significant progress in containing the spread of the pandemic, it’s still necessary for the people to continue to maintain all the various COVID-19 protocols.
While commending the COVID-19 Task Force chaired by the state Deputy Governor, Dr. Emmanuel Akabe, on the feat attained,  Engineer Sule urged the committee to continue with its awareness campaign across the state.
The Governor added that this is even more imperative, with both the Federal Government and Presidential Task Force, supporting the state with N1bn to fight the pandemic.
Giving a rundown of the COVID-19 statistics in the state, Engineer Sule disclosed that so far, the state has zero number of patients across all treatment facilities.
He added that a cumulative 3751 tests were carried out, with the results of 15 cases still being awaited.
According to the Governor, so far, Nasarawa State recorded 449 confirmed cases, with 346 discharged cases, while 88 cases are currently undergoing treatment at home. In all, 13 deaths were also recorded.
“The good thing for us in Nasarawa State is that currently we have zero number of patients at our treatment facilities. All those being treated at our facilities have been discharged,” he stated.
Meanwhile, Engineer Sule said Karu, Keffi and Lafia still constitute about 86 percent of the total cases so far recorded.
[9/24, 7:21 PM] Nasarawa SA Media Ali Abare: Low income houses: Engineer Sule lauds assembly for passing mortgage bill into law
Nasarawa State Governor, Engineer Abdullahi Sule, has commended members of the Nasarawa State House of Assembly (NSHA), for passing into law, the Nasarawa State Mortgages and Foreclosure Law 2020.
Engineer Sule made the commendation while presiding over the monthly state executive council meeting, at the Government House, on Thursday.
The Governor said with the passage of the bill into law, the people of the state stand to benefit from the efforts of housing development agents that will come into the state.
“We are going to see a lot of efforts from housing development agencies that will come into the state, to see how they can support us in that line.
“And this will be to the benefit of the people of Nasarawa State,” he stated.
While updating people of the state, the Governor disclosed that Nasarawa State was recently given approval to take part in the Agricultural Project for the Enhancement of Livelihood for the lower income people (APEAL), a programme ran by the Federal Ministry of Agriculture, aimed at supporting farmers, as well as empowering women and youths.
Engineer Sule explained that even though the state was initially not part of the scheme, insistence on the part of the state Commissioner for Agriculture and Water Resources, Prof. Allananah Otaki, as well as other members of the executive council, saw the Federal Ministry of Agriculture giving approval for Nasarawa to take part in the programme.
“The programme is going to be a grant, that is going to come purely for the support of farmers, mainly for the empowerment of youths and women.
“It will support them with programmes in agriculture and the value chain,” he said.
The Governor further disclosed that the over 800 women and children displaced after security operatives dislodged Boko Haram insurgents in Toto Local Government Area, have all been sent to their various state.