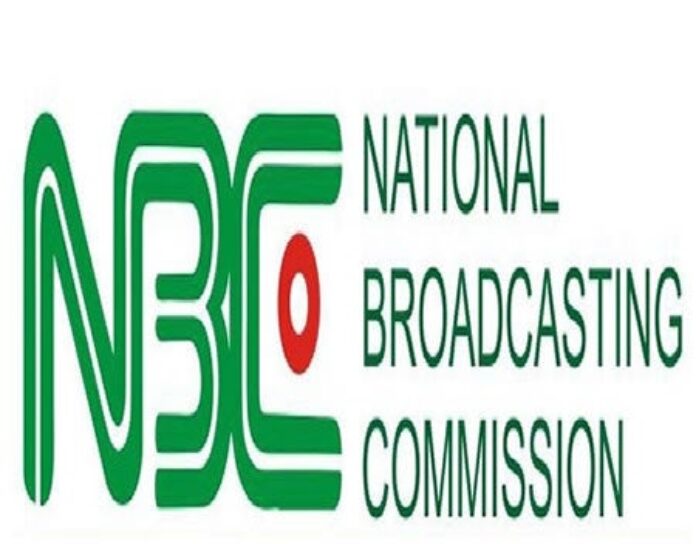 In an exclusive interview with the Head of Amnesty International Nigeria, Auwal Musa, he called for immediate removal of the sanction and dialogue with the concerned media stations.

“According to him, the country is in very critical stage where the government needs the support of the media in enlightening and educating the people on the way out of the #EndSARS problem.

“The government needs more friends and not more enemies at this time, the government needs to engage the media because if they don’t, there are several online media across the world they can’t control who will keep spreading fake and damaging news around.” He said

Similarly, the Socio-Economic Rights and Accountability Project (SERAP) has also “condemned the unconstitutional and illegal fines of N9m reportedly imposed by the National Broadcasting Commission [NBC] on Channels TV, AIT and Arise TV [N3m each] purportedly over their coverage of the #EndSARS protests.”

The acting Director-General of the NBC, Prof. Armstrong Idachaba, announced at a press conference in Abuja today that the agency has fined Channels Television, Arise Television and Africa Independent Television for what it termed “unprofessional coverage” of the #EndSARS protests.

Reacting, SERAP in a statement by its deputy director Kolawole Oluwadare said: “This action by the NBC is yet another example of Nigerian authorities’ push to silence independent media and voices.

The NBC should drop the fines and uphold Nigerian constitution and international obligations to respect and protect freedom of expression and media freedom. We will sue the NBC if the unconstitutional fines are not rescinded within 48 hours.”

The organization said: “This is a new low in Nigeria’s protection of freedom of expression, and the ability of independent media to function in the country. The fines are detrimental to media freedom, and access to information and the NBC must immediately withdraw the decision.”

The statement, read in part: “Media freedom and media plurality are a central part of the effective exercise of freedom of expression and access to information. The ability to practice journalism free from undue interference, to cover peaceful protests, and critical views are crucial to the exercise of many other rights and freedom.

“The media has a vital role to play as ‘public watchdog’ in imparting information of serious public concern and should not be inhibited or intimidated from playing that role. The NBC should stop targeting and intimidating independent media and voices.

“President Muhammadu Buhari should caution the NBC to stop intimidating and harassing independent media houses and to respect the Nigerian Constitution 1999 [as amended] and the country’s international human rights obligations, including under the International Covenant on Civil and Political Rights and the African Charter on Human and Peoples’ Rights.”

Earlier in the day, the acting Director General of the commission, Prof Armstrong Idachaba had released a prees statement titled “Coverage of Crisis and Responsibility.”

“The Commission has therefore sanctioned Arise TV, Channels TV and AIT in line with the provisions of the broadcasting Code. This is to serve as deterrent to broadcasters who deliberately ignore to verify stories before they broadcast.”

Stressing the reason for the sanction, the commission stated that “Channels Television, Arise TV and AIT especially continued to transmit footages obtained from unverified and unauthenticated Social media sources.  No doubt these pictures stimulated anger and heightened the violence that was witnessed during the crisis.”

The commission said its action is “In line with the provisions of section 5.6.9 of the Nigeria Broadcasting Code which states that; ‘the broadcaster shall be held liable for any breach of the Code emanation from the use of material from User Generated Sources.’ The Commission has therefore sanctioned Arise TV, Channels TV and AIT in line with the provisions of the broadcasting Code. This is to serve as deterrent to broadcasters who deliberately ignore to verify stories before they broadcast.”

The commission urged “broadcasters to always ensure that when they use UGC and Social media sources, they must ensure their veracity and authenticity.”

Also, the Peoples Democratic Party (PDP) has condemned and described the National Broadcast Code as a renewed clampdown on the media and gagging of free speech in the country by the President Muhammadu Buhari led -government.

According to a statement by Kola Ologbondiyan, the National Publicity Secretary, on Monday,  PDP holds that “Instead of seeking to gag the media, Nigerians would rather expect establishments like the NBC to be on the side of the people by urging government agencies to come up with information, particularly, such that contain critical pieces of evidence that would guarantee justice for victims of brutality by unscrupulous security operatives.”

In addition, Ologbodiyan said in fact, this display of high-handedness by the NBC has hugely detracted from the efforts being made by well-meaning Nigerians to douse the tension in the land and reassure Nigerians at this critical time.

“The NBC should rescind this rushed clampdown and handle its regulatory role more professionally.

“Our party holds that, in the course of information handling, especially in a crisis situation as we witnessed in the last two weeks, where caution is required, draconian measures should not be an option. Rather, all efforts should be towards national healing.”

In similar vein, some residents in the FCT described the actions by the commission as unnecessary and draconian.

According to a civil service in Abuja, Mrs Cecilia Njoku said the sanction is uncalled for.

She noted that sanction is needless at the time when the Country is still in crisis.

Similarly, a staff of leading Non-governmental Organization in Abuja Mr. Usman Haruna, said the decision of NBC’s is undemocratic and draconian, stating that it will further put the Federal Government in a bad light in the eyes of international community.

Also a blogger, Japhet Omajunwa said in a tweet that “Arise TV is NBC’s primary target. They just added others to make it look like a well-spread witch-hunt. The quest for a better country isn’t one for quick wins and sprints but surely, this will not continue forever.”

Reacting to the development in a statement by NUJ President, Chris Isiguzo noted that the fines imposed on the media houses were unnecessary, discriminatory, an attempt to discourage free media; asking that the fine should be withdrawn immediately.

The NUJ said the decision by NBC to penalise AIT, Arise Television, and Channels Television; and accusing the television Stations of professional misconduct in their coverage of the #EndSARS protests further exposed the nation’s anti-democratic tendencies.