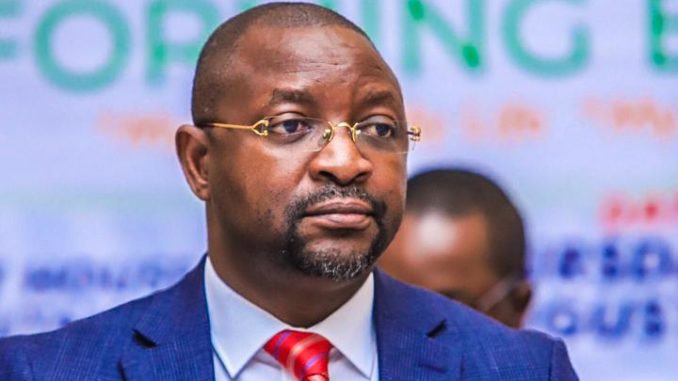 The Minister of Youth and Sports, Mr Sunday Dare, has urged youths to refrain from all acts of violence and give peace a chance for the socio-economic development of Nigeria.

Dare, who made the appeal on Monday in Ibadan after a closed door meeting with Gov. Seyi Makinde of Oyo State, implored the youths to take advantage of the various social welfare and empowerment schemes created by the Federal Government.

Addressing newsmen after the meeting, the minister said that the interface was on the directive of President Muhammadu Buhari to all his aides to partner with their respective state governor’s to pacify their constituents.

Dare said that plans were underway to engage youths across the state in town hall meetings and other consultative means of involving the youths in about 25 empowerment programmes designed by the Federal Government.

The minister expressed confidence that the country would rise from the ashes of the recent violence, looting and destruction of properties and become stronger.

Meanwhile, Sen. Ibikunle Amosun, representing Ogun Central Senatorial District at the National Assembly, has called on the nation’s youths to be civil in their agitation in the course of the #EndSARS protests.

Amosun, who was the former governor of Ogun state, made the call while briefing newsmen in Ibadan, during a condolence visit to Gov. Seyi Makinde over the demise of his mother, late Mrs Abigail Makinde.

The senator, who expressed his support for the #EndSARS protest, said the agitation of the youths was in order.

Amosun said that nobody would want to continue to tolerate the indignity and rights violation that was being meted out to innocent Nigerian youths.

He, however, regretted the violence which erupted in various parts of the country during the protests.

The former governor of Ogun advised the federal government to speed up implementation of various programmes and policies aimed at addressing grievances of the youths.