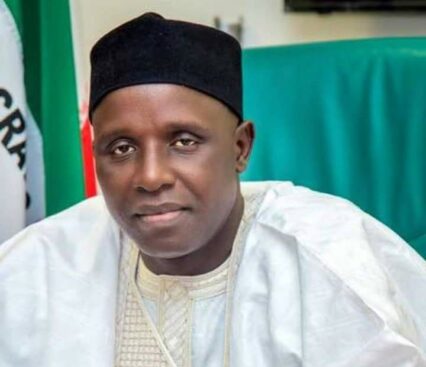 Senator Istifanus Gyang (PDP, Plateau North), has appealed to the people of Plateau North to embrace and pursue peace building, harmonious communal coexistence and the spirit of brotherliness.

Gyang made the appeal in a statement by his Special Assistant on Media and Protocol, Mr Musa Ashoms, following some skirmishes in Jos North and Jos South that resulted in loss of lives and properties.

The lawmaker said he observed with dismay how a peaceful #EndSARS protest by Nigerian youths was hijacked by hoodlums in Jos, the Plateau State capital, on Tuesday.

According to him, the hoodlums used the protest to orchestrate ethnic and religious acrimony resulting in the destruction and looting of business premises, shops and torching of two churches.

“I am disturbed that while Nigerian youths were ventilating their pains against police brutality and bad governance among other issues through open protest, retrogressive elements and hoodlums saw it as an opportunity to unleash mayhem on peace-loving and law-abiding citizens in Jos-Bukuru metropolis.

“I am committed to promoting peace in my constituency and I am urging the people to resist attempts by persons who seek to exploit ethnic and religious diversity in Plateau North Senatorial District to sow seeds of discord, acrimony, hate and hostility.

“Rather than allow such persons to gain momentum, the people should embrace and pursue peace-building, harmonious communal coexistence and the spirit of brotherliness,” he stated.

Meanwhile, Gyang said he has identified with the pains and frustration of Nigerian youths and respects their right to peaceful protest against Police brutality and bad governance among many other issues.

He urged President Muhammadu Buhari to address the nation and undertake and implement measures recommended through the resolutions of the Senate and other well-meaning citizens.

This will serve as a demonstration of government’s responsiveness to the plight and cry of Nigerian youths in particular and all citizens nationwide.

Gyang further requested the Judicial Commission of Inquiry set up by the state government to also assess and recommend the payment of compensation to victims whose properties were looted.

He added the two churches affected by the mayhem be considered for reconstruction.