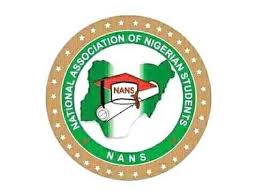 The National Association of Nigerian Students (NANS) on Wednesday, appealed to respected traditional rulers in the country to intervene in the #EndSARS protests in order to nip the crisis in the bud.

The students’ body appealed to the traditional rulers to pacify aggrieved youths in their respective domains as a way of helping the states government in addressing the crisis.

Addressing newsmen in Abeokuta, the National Public Relations Officer (PRO) of NANS, Azeez Adeyemi, said that the appeal had become necessary because the state governments appeared overwhelmed by the protests.

Adeyemi, who condemned the killings and violence that had characterized the protests, urged President Muhammadu Buhari to immediately speak to the nation and address demands of the protesters.

“We call on our respected monarchs to assist in addressing the challenges. It is obvious that the crisis is beyond the state governments. They should intervene by pacifying their subjects,” he said.

The NANS spokesperson commended the Inspector General of Police, Mohammed Adamu, for banning the operation of the Special Anti-Robbery Squad (SARS) across the country.

“May we equally use this opportunity to call on the president to do more in the area of addressing all the concerns raised by the EndSARS protesters and expedite action towards implementing them.

“Anyone caught in the act of using the EndSARS protest to perpetuate any criminal activities should be made to face the laws of the land,” Adeyemi said.