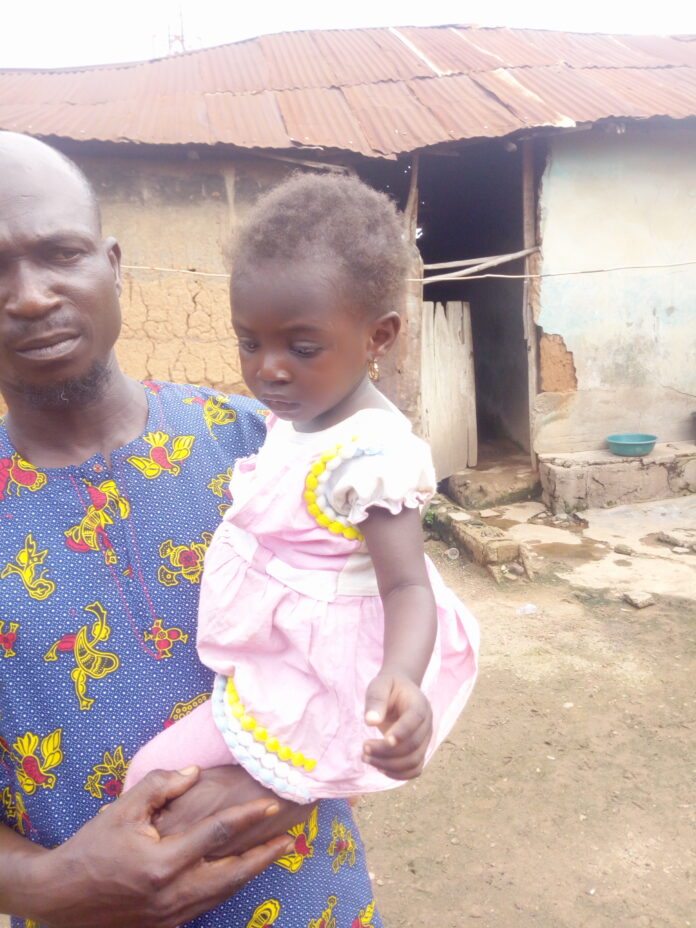 On Saturday, 10th October, 2020, a peaceful protest turned riot surface in the ancient city of Ogbomoso as many were killed and injured in the course of protesting for inconvenience and injustice treatment by the Nigeria Police Forces on citizens and most especially the Youth in the country.

The aftermath of the protest which happened Nationwide took the life of a young man, Jimoh isqak as he was killed by a stray bullet which was confirmed that it was shot by the men in uniform. Jimoh was rushed to the hospital before he eventually gave up to ghost at the Bowen Teaching Hospital in Ogbomoso

Speaking to his Father, Jimoh Atanda who expressed his feeling to Nigerian Newsdirect Newspaper said he was not expecting the death of his son like that as he is a cool headed boy who doesn’t like to be involved in trouble. He gave account of how he received the shocking death of his son.

“I was at orita merin coming from aroje when I received a call from his sister that her brother had been shot and I asked how because I am aware he is a cool headed boy. His sister added that he was called by his mother and he decided to take a road where the protest is taking place and he was seen from afar watching the scene and that was how he was hit by the gun fired by police of Ogbomoso. He was rushed to Bowen Teaching Hospital, we tried so much to save him by donating blood, by me ,by his mother and eventually we lost him.

Jimoh was due to have his graduation to become a trained electrician on Sunday but death took him away. I want to beg the Oyo State Government to help me as he left a pregnant wife and a two years children and the education of the child is very important to me and I know Engr Seyi Makinde is a man of mercy and man of the people so I believe he will help us.”

His mother, Ramota Jimoh, disclosed that she spoke with her son few minutes before he was killed as she warned him to take part of the protest.

“I lived at oke owode, when I heard of the Protest, I called him and he picked, I asked him where he was and he said he is on his way home from work. Few minutes later, I called back and the call was through, his father later called to come over to Bowen Teaching Hospital that my son was hit by a gun. I rushed there and I was asked to donate blood and I did but the place he got hit was bad and I was hopeful but we later lost him.

I want the State Government to help me as I suffered a lot on my son as he left me with his pregnant and a 2yrs old daughter. My son was killed on something he knows nothing about.”

Speaking with an eyewitness to begged us not to disclose his/her name, gave account on the peaceful protest turned into a riot.

” We started the protest peacefully and marched to the palace of soun of Ogbomoso palace, the king sent someone to us and charged us not to cause any problem as we protest. From there, we marched to the Police Station at owode, we asked for the area command to speak to us as we have a petition to submit, we waited for one hour and later asked those on seat to address us but we were surprised as the DPO was seen holding a gun and many of us got furious about him holding a gun as the protest was a peaceful one and we didn’t come for a fight. Leader of Ogbomoso Parapo later came to address us and asked us to go back to the palace but to my surprise as we were heading back , I heard a gunshot followed by tear gas and when I looked back, I discovered that someone had been hit by the shot fired and the person happened to be Jimoh. Jimoh was actually living in the area but he was not involved in the protest as he was just in his shop before he decided to step out which he is still far from the scene. Jimoh was actually expected to have his graduation on Sunday as a trained electrician. As he was hit, many gathered around him and rushed him to Bowen Teaching Hospital where he gave up a ghost after losing blood.

This actually got his neighborhood friends and peer group angry but they were calm but turned uncontrollably on Sunday when they heard the police said they didn’t shoot or kill anyone during the protest. They marched back to the police station at owode where two people were killed again and their bodies dumped at the police station before they moved them to the palace of soun of Ogbomoso, in a viral video seen on social media was the dead body dumped at the palace.

When the minister came around and he visited the king, the guys matched to the palace to vandalize and destroyed the palace.”

“On noticing the presence of the minister of youth and sports, they forced themselves into the palace to destroyed the palace property. Luckily enough, no one was killed but about nice cars were destroyed.

“Nobody was shot in the palace, some people didn’t verify that information before posting news online. The dead bodies were brought into the palace ”

Speaking with the Chairmen of Ogbomoso local government, has promised travelers that peace is back to Ogbomoso land and there is no need to fear as the town is peaceful and enjoyable to live in.

Adeyinka Oluwaseun, Caretaker Chairman, Ogbomoso Central local government expressed his feeling toward the peaceful protest turned bloody in the state as he is aware that ogbomoso people are not people of violent and chaos.

“I am not happy with the incident and it was not expected as it happened in my Constituency. I urge the government to be strong as we pray that we don’t lose anyone again. But we are happy everything is calm now .”

In addition, Caretaker Chairman, Ogbomoso South Local Government, Oyedokun Timothy has ensured travlers that peace is back in Ogbomoso as the security officer has ensured that everywhere is calm and peaceful.

“Peace is back in Ogbomoso as the security officers had been able to talk to the residents to bring back and I believe investigations is ongoing to fish out the shorter of Jimoh but now I can assure you there is peaceful in the community. “