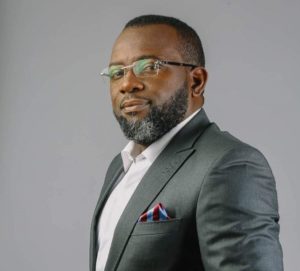 Following the aftermath effect of the ENDSARS protest and the resultant effect of the Lekki toll gate shootings on 20th of October 2020, there was a wide spread of crisis across the state of Lagos where miscreants results into burning of Houses, Shops ,Police stations,looting of properties and also including loss of several lives.

Ifako Ijaiye local government was not left out of the crisis as Fagba area of the LG suffers a huge loss of human lives,properties along the railway axis were burnt down, shops were looted and some other persons suffers one form of attacks or the other.

Hon Temitope Adedeji, the member representing Ifako Ijaiye Constituency 01 swung into actions by liasing  with all the relevant security operatives including the DSS, Op Mesa, Police ,LNSC and OPC to forestall the breakdown of law and order and ensure normalcy return to the local government.

Having being a responsive and responsible legislator, Hon Temitope today 23rd October 2020 announce the setting up of committee for the Donation of #10m Naira relief fund,which are inform of Cash, Food Stuff and neccesary emergency relief materials to the constituent.

He stated that the donation was made possible through friends, family members, well wishers, private business owners and corporate organisation who saw his genuity in government and decided to support him at a crucial time as these.

He further promised his continued support to the constituent and reemphasized that the mandate given to him by them is safe and will do everything to continue to make the welfare of the people his priority.