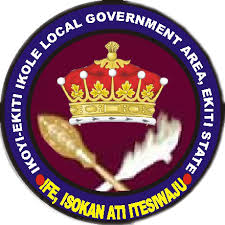 Suspected hoodlums on Monday attacked the Ikole Local Government secretariat in Ekiti destroying properties estimated to be worth several millions of naira.

It was reported that suspects under the guise of #EndSARS protesters vandalised vehicles belonging to the local government, newly renovated office of Federal Road Safety Corps (FRSC) and that of the Nigerian Peace Corps.

The premises of the local government was littered with wooden sticks, stones and broken bottles used by the hoodlums to destroy the government properties.

Some members of staff of the local government who spoke with the newsmen expressed their dismay at the level of damage caused by the hoodlums.

One of the staff, Mr Bisi Ogunjobi said that the hoodlums who hijacked the peaceful protest were heartless and destructive.

Ogunjobi said that he never expected the protesters to vent their anger on the local government secretariat and destroy the offices and vehicles belonging to the government.

He charged the youths to embrace peace and desist from destroying government properties and looting of people’s shops.

The Public Relations Officer of the council, Mr. Thaddeus Olajide, said that he was shocked when he saw the level of damage caused by hoodlums in the secretariat.

Olajide said that the vehicles and office windows that were destroyed would cost the local government a lot of money to repair, particularly now that governments at all levels were experiencing paucity of funds.

He appeals to the youths to give peace a chance and desist from destroying government properties.

Reacting, the Chairman of the council, Mr Sola Olominu condemned the action of the hoodlums who destroyed government properties.

“It is sad to see the level of damage caused by hoodlums who claimed to be protesting against the government to end the activities of SARS.

“I want to appeal to our youths to calm down, they were protesting that SARS should be disbanded and the Federal Government granted their request, but destroying government owned properties is not good at all,” he said.