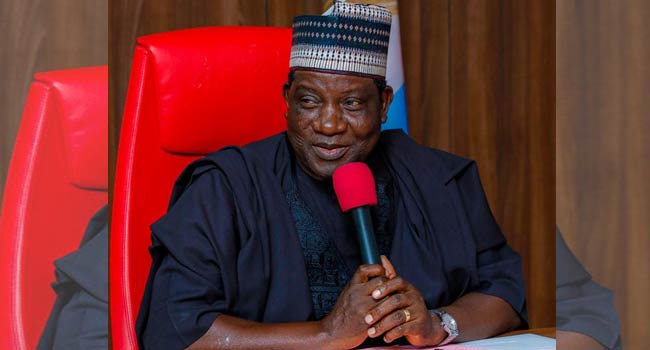 Governor of Plateau State,  Simon Lalong has said that the level of compliance with the curfew imposed on Jos North and Jos South local government areas is a sign of embracing peace by the people of the state.

The governor had imposed a 24-hour curfew in Jos South and Jos North local government areas on Tuesday Oct. 20 after the destruction of property,worship centers and the death of five people.

Lalong made the remark after assessing the curfew compliance in areas affected by the EndSARS protest on Wednesday in Jos.

He went round the affected areas in company of his deputy and security chiefs and also inspected damage to vehicles and property, especially at the burnt church close to Gero Junction in Bukuru,’ and the mosque in Kugiya market set ablaze by hoodlums.

He said his administration would continue to support peaceful rallies staged for promotion of noble reforms, but that he would not tolerate lawlessness, mischief and violence during such events.

The governor reiterated his commitment to continuous partnership with security agencies and other key stakeholders to forestall a relapse of similar incidents.

The governor who was accompanied by security agencies had earlier had an engagement with traditional, community and religious leaders to ensure that peace was maintained in the state and to forestall further occurrence of the incidents.