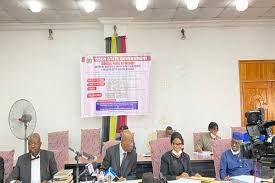 The family of Rachel Abioye (17) has demanded investigation into the role of the police officer in the alleged shooting of the unarmed teenager, praying that the government reimburses the victim’s medical bills and adequate compensation for the pain.

The plea was made by the victim’s aunt, Mrs. Abosede Ibikunle, before the Osun State panel of inquiry set up to investigate police brutality and extra-judicial killings in the state on Saturday.

Narrating the unfortunate circumstance that led to the excruciating pain of the teenager, Mrs. Abosede revealed that: “Rachel Abioye 17, had just returned from an errand and was sitting quietly in her mother’s canteen on September 15, 2020, when she was hit by a stray bullet reportedly shot by a policeman in Osogbo, Osun State.

“The incident occurred the same day police officers attached to the Osun Joint Task Force chased a young man to death, alleging that has was an online fraudster.”

She said, “As angry residents chased the officers, they shot sporadically and as a result, an officer allegedly shot at the teenager, Abioye, in the arm while she sat in front of her mother’s canteen.

“We rushed Rachel to nearest hospital at Emmanuel Medical Centre, Capital Area, Osogbo, Osun State where she was attended to and operated upon by the Medical doctor available. We made a report at Dada Estate Police Station where my statement was taken and the D.P.O referred me to the Osun State Police Command.

“I gave the shell of the bullet found in the canteen to the D.P.O Folashade Odoro, who confirmed that the bullet belongs to the Nigeria Police Force.”

She further disclosed that the only sympathy the family got from the police was a visit to the gunshot victim at the hospital. She also tendered a pictorial evidence to back her claims.

“The police promised to get back to me on this matter but nothing has been heard from then till now. I have spent a lot on her medical bills as several surgeries were carried out on Rachel by two medical surgeons at separate times. Rachel is currently writing NECO and she’s going with pains and bandage to the examination,” she lamented.

Speaking further, Mrs. Ibikunle asked the panel to investigate the matter and ensure that the government reimburses the family for the victim’s medical bills and adequate compensation for the pain.

The chairperson of the panel, Akin Oladimeji, a retired High Court judge, adjourned the matter to Thursday, November 26 for further hearing.