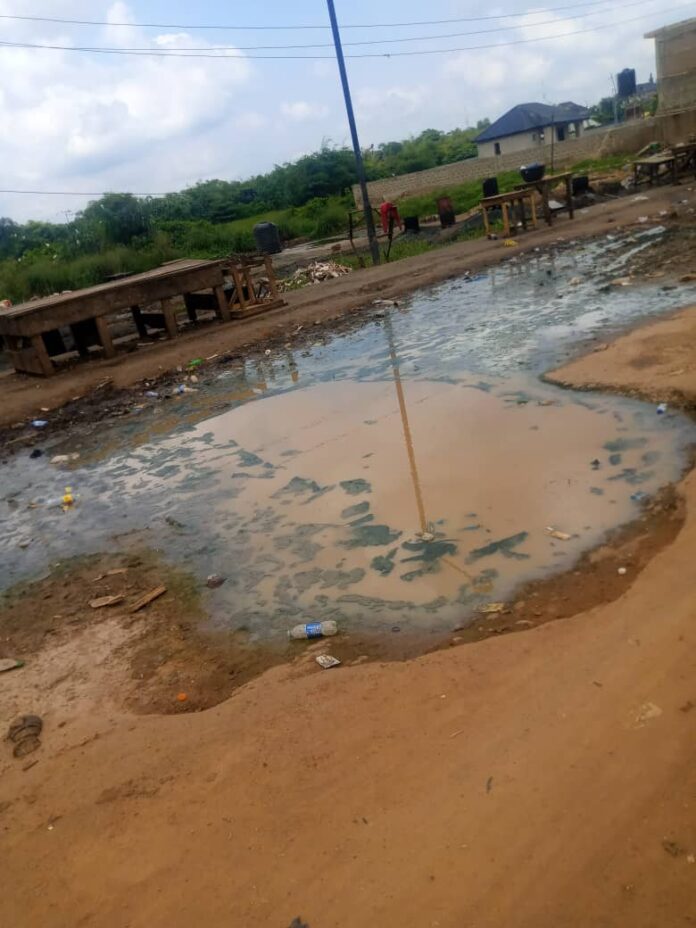 The residents of Ayetoro Itele area of Ado-Odo Otta Ogun State have continued to groaned overburden of bad road in the area.

A former house of assembly aspirant, who also doubled as a youth leader in Ayetoro Itele community, Oni-Dare Sunday said “our community has been suffering from bad road network for quite some time now and we have tried our best as indigene of this community to ensure we clear the drainage and more so, we perform our civic responsibility which is voting during election.

“This is so disheartening to see that after election, we are been abandoned.”

Oni speaking further said, “In our part, we have created awareness and mobilized our youths to maintained the little or no government properties in our community. We too need to feel the dividend of democracy in this community after all we voted here too.

“I have personally made series of calls directly to people who are in charge of road construction in Ogun State when his Excellency Gov. Dapo Abiodun released number that we are free to call.

“The only thing I got from them is to come peg the road after much pressure. It’s a known fact that one of the political strategy is to get grassroot people involved in the political system and the best way to influence them is by embarking on projects that can affect the grass root people positively so that they can have some sense of belonging in the government.

“Although there is need for other social amenities but most importantly, we at Ayetoro Itele community our priority is good road that can at least motorable for us all.”

Also speaking, Oba Adewunmi Adeniji the Onibudo of Ibudo Ayetoro Itele said “obviously our government is overwhelmed but our major challenge as a community is bad road which has caused a serious setbacks for us.

“As part of my CSR, I have engaged in some projects like dredging, others with the help of CDAs and that is the little I can do as King but government has more to do.

“I have sent a letter and even visited ministry of physical planning and urban development which they promised to come see, the only thing they do is to send a delicate and ever since nothing was done.

“So far in Ado Odo Otta local government, only two roads have been constructed, and we appreciate that, but there’s more to do.

“At this junction, I will advise Ogun State government to encourage Public-Private Partnership (PPP) in the area of road construction as this will go a long way to reduce cost effective on government part,” he advised.